Why Bangladeshis are in desperate pursue to go abroad? 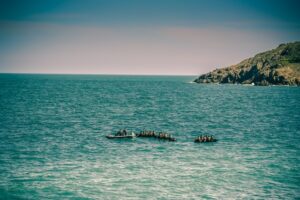 Last Saturday Reuters reported that, migrants from 12 countries were among 600 people found hidden in the back of two trucks in eastern Mexico, among which 37 are all from Bangladesh, the government’s National Migration Institute (INM) has disclosed.

They all headed for the United States and say they are seeking to escape poverty or violence in their homelands.

Besides, anyone searching online can find more frequent reports about Bangladeshi migrants not only risking their lives to go to America, but also many other European countries, which is rare to country’s media. Similarly, on 19 May 2017, Nayma Qayum, an assistant professor in Asian studies at Manhattanville College wrote a lengthy article in the Washington Post titled as ‘Where are Europe’s illegal migrants coming from? Surprise: It’s Bangladesh.’

There she concluded that, ‘More than 1,000 migrants have died this year in the passage from Libya to Italy. They are not only trying to escape conflict and persecution but also risking their lives and savings to flee poverty and economic desperation.’ Apparently they died capsized in Mediterranean ocean.

However, still wondering, why that migration persuasion is worthwhile? 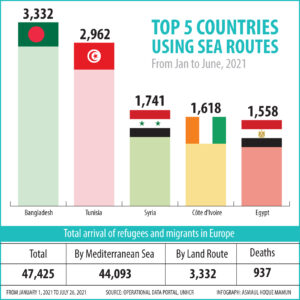 Graphic from Dhaka Tribune, photo by Jametlene Reskp on Unsplash