A two-horse race in Mississauga East–Cooksville 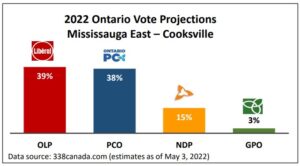 A key riding in this election is Mississauga East–Cooksville. It is one that could prove to be a tough competition between the PC and the Liberals.

The constituency was created in 2003 from parts of Mississauga Centre and Mississauga East ridings. As its name suggests, the district encompasses an eastern portion of the City and includes the community of Cooksville. 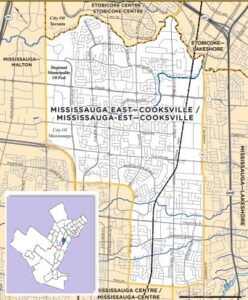 With a population of 120,205 residents, it is one of the most densely populated districts in Mississauga. It also has a substantial immigrant population with some of the largest groups born in Poland, India and the Philippines. 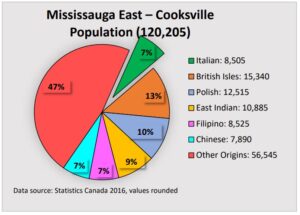 Italians represent another significant ethnic group in the area. Statistics Canada show 8,505 residents self-identify as Italian Canadians (as per the 2016 Census, most recent data available). That represents 7% of the district population.

Kaleed Rasheed, current MPP, is seeking a second term in office and to retain the seat for the PC. In 2018, he took the riding over from the Liberals and won with 41% support of the electorate (17,862 votes).

According to the most recent projections by 338Canada.com (May 3), the Liberals, at 39% are one point ahead of the PC. The prediction model uses algorithms that considers all major polls. It shows the NDP trail at 12% followed by the GPO at 3%. (See graph at the top of the article) 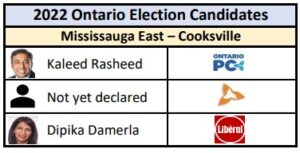 Another name on the ballot is James Hea for the Green Party of Ontario. Meanwhile, the NDP have not yet declared a candidate for the riding. None of the candidates responded to our request for input as at the time of going to print.