Bail, guarantee for the innocent 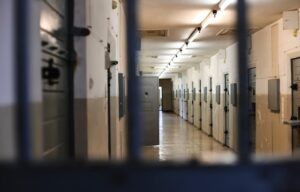 TORONTO – Reforming Canada’s “bail policy” to keep hardened offenders in jail will not only fail to reduce crime, but will increase the risk of innocent people being jailed, criminologists and experts argue, criticizing the conservative leader’s stance Pierre Poilievre, author of the call to change the “bail policy” after the case of 25-year-old Randall McKenzie, accused of the murder of Ontario Provincial Police (OPP) officer Greg Pierzchala, killed in late December: McKenzie was free on bail and had failed to appear at the last court hearing where he was on trial for previous offences.

Carolyn Yule, a sociology and anthropology professor at the University of Guelph who studies bail, said she understood the public concern behind calls for systemic change, but added there was no evidence to suggest a “hard” approach against crime to bail increases public safety. Data shows that most people in Canadian prisons are remanded in custody, either before trial or before being sentenced. And less than half of all convictions result in prison. “That’s what bail tries to balance, right? It’s the presumption of innocence, which is protected by the Charter”, Yule stressed. “Reasonable people may disagree on how to strike this balance, but this is the balance that courts are trying to strike when making bail decisions – and the presumption of innocence is important”.

According to Professor Yule, the existing bail law gives judges ample scope to detain those who are considered dangerous or who may not appear in court. And it’s all about “interpretation,” even if “key data are missing, including how often offenders violate their terms and what consequences they typically face”.

A criminologist at Toronto Metropolitan University, Jane Sprott, also said that there is no reliable way to predict who will commit violent crimes, noting that not everyone who is released on bail goes back to committing crimes. If the government introduces measures to try to predict which accused people are most likely to do so, those same people could end up being punished without any certainty “and that creates a whole range of legal and personal problems” she said. Furthermore, it is more difficult for detainees to organize a defence, given their limited telephone access. Many people are at risk of losing their homes and jobs while behind bars, Sprott added. And maybe they are innocent.

Another criminologist, Cheryl Webster of the University of Ottawa, said the “fatal flaw” in Poilievre’s argument is that it would be possible to identify what she calls “false negatives” – or people who have been assessed as harmless but which turned out to be. “Decades of research” on selective incapacitation – the incarceration of people predicted to be at high risk of committing more crimes – has “repeatedly failed to identify and incarcerate criminals early enough in their careers to reap the benefits of reduction crime”.

For the three experts, interviewed by the Canadian Press, it is therefore risky and probably also useless to change the “bail policy”: there would be no guarantee of greater security for citizens.