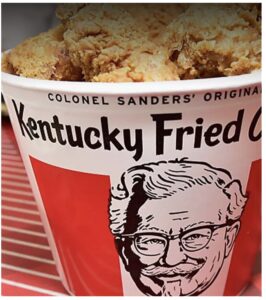 TORONTO – With a Canada-UK Continuity of Trade Agreement (CTA) in place, you can enjoy your scotch whiskey in a Toronto pub without additional tariffs. If such an agreement were not in place, our country could have potentially been slammed with a bill of £17,500 for trying to export bananas to the UK, as what happened to Ghana.

Not that Canada has any bananas to offer the UK.  We do have something yellow(ish) to offer – gold.  In fact, gold represents 64% of our total exports to the UK. Canada has other shiny things to offer: Artificial Intelligence, caring for an ageing population, clean technology and Arctic research, to name a few areas within the Science and Innovation portfolio. Likewise, UK also offers support to Canada in the following ways:  Defence and security, intelligence and links to other worldwide organizations. And car parts with the highest import value of $1.5 billion. In fact, total UK exports to Canada in 2020 reached $19,910,870,320. The UK is not the only one investing in Canada.  In 2020, the European Union put in $289 billion worth of Foreign Direct Investment (FDI) in Canada. There is a lot at stake here.  And given the economic outcomes weighed above, Canada could use the help from both sides to carry its constituents out of this pandemic and recover successfully.

Canada and Great Britain have shared a relationship that stems back as early as 1713.

Meanwhile, Canada and the European Union have been together since 1959. The UK may be going through a rough divorce with the European Union, but it does not mean that Canada should be caught in the middle of a custody battle and be made to choose either parent.  Nor should it be made to pay the price by way of “guilt by association” given its closer historical ties to Great Britain.  We are, after all, still a Constitutional Monarchy.  Many of our ways, our culture, our democracy are patterned after the Brits.

When the Canada-UK Continuity of Trade Agreement (CTA) took effect on April 1, 2021. there was clarification that it would carry over many of the elements of its forebearer, the EU–Canada Comprehensive Economic and Trade Agreement (CETA).  However, this was viewed as “kicking the can down the road”.The exact wording of the CTA stipulates that negotiations are to be completed within 3 years.  A lot can happen in 3 years.  A closer look at Article II, section (3.) is worth considering: “3. Nothing in paragraph 2 prevents the Canada-UK Joint Committee from making decisions that are different from, revoke or supersede the decisions deemed to have been adopted by it under that paragraph.” This opens the door to potential executive decisions that need to be made that will override the agreement.  There is no telling what these decisions could be.  Another touchy clause is in Article III, section (3.) whereby:

“3. Nothing in paragraph 2 prevents the UK from withdrawing treatment it was granting to Canada only as a result of the UK’s participation in the internal market of the European Union.” This implies that UK could pull out of important deals with Canada.  This is worrisome at so many levels.

When there was a shortage of chicken at KFC in the east end of London, UK, police were forced to issue a statement pleading with the public to stop filing complaints, as missing chicken is not a police matter. Laugh now, but you will eat your words (not your chicken).  That was in 2018.  The problem has not gone away.  Lorry drivers have since returned to the European Union given short-term VISA allocations as a result of Brexit.  The UK is short on 100,000 truckers. Understandably, there is also a shortage of fuel in the UK.  COVID-19 has exacerbated the problem with staff shortage.

We’ve got chickens.  We’ve got fuel.  It is only a matter of time before UK turns to its sister, Canada, and asks for a bailout.  This could lead to shortages within our own country and the price of living, skyrocketing.

Canada could watch hundreds of lorries pile up in Dover with the detached view that this is all happening on the other side of the pond.  Whether or not we like it, we are and will continue to be affected by Brexit in more ways than one.