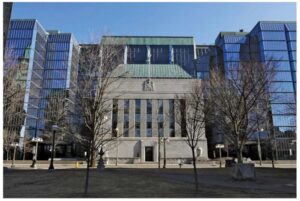 TORONTO – Canada is approaching recession, families are on their knees but the central bank “pulls straight” and on Wednesday tomorrow will announce yet another interest rate hike.

How much is still unknown: 0.50 or maybe 0.75. What is certain is that this is the sixth increase since March: in a few months, it has gone from 0.25 to 3.25 percent, thus skyrocketing the costs of mortgages and variable rate loans stipulated by Canadian families. Reason: “the need to fight inflation”. But, at least so far, the Bank of Canada’s strategy has appeared to fail: in September, the annual inflation rate slowed by very few, settling at 6.9 percent, this slowdown was determined exclusively by the collapse in gas prices. Food, on the other hand, continued to rise, with the cost of food up 11.4% compared to a year ago.

Last week, even the Federal Minister of Finance, Chrystia Freeland, was forced to admit, in the face of evidence, that “times are difficult for Canadians. Mortgage payments are increasing and business will no longer be booming” Freeland said, adding that “our unemployment rate will no longer be at an all-time low.”

Despite this, the Canadian central bank claims that its “job” is not done yet. “There is still a lot to do,” Bank of Canada Governor Tiff Macklem said during a speech in Halifax on Oct. 6. Most commercial banks even expect another, further, interest rate hike after October, before the bank “pauses” one of its most aggressive rate hike cycles in the country’s history.

However, the central bank’s strategy does not appeal to some economists, businesses or consumers. And, now, the front is expanding to politics, which has remained silent until now. NDP leader Jagmeet Singh wrote a letter to Prime Minister Justin Trudeau (published by the Toronto Star), in which he hopes the Bank of Canada will dampen its aggressive interest rate approach, while arguing that the institution is and should be independent. And he also writes that the government can do more to help Canadians weather the current inflationary storm, for example by removing GST from home heating bills and mental health counseling.

“Your government also has its share of responsibility” Singh wrote to Trudeau, also noting that workers’ wages have not kept pace with persistent increases in the prices of basic necessities. Meanwhile, the causes of many of these increases – including the war in Ukraine, supply chain tangles and “corporate greed fueled price increases” – are beyond the control of Canadians.

Then, interviewed on CTV, the NDP leader went further, directly targeting the central bank. “There is absolutely no merit in their approach,” Singh said. “We have to fight inflation, but if the Bank of Canada approach has nothing to do with the root causes of inflation and will only cause pain to Canadians, then we have to ask ourselves why is this the approach they are taking?” . A question that Canadian families have been asking themselves for months.

In the pic, the Bank of Canada (from www.bankofcanadamuseum.ca)