Child poverty, it will take 54 years to eliminate it 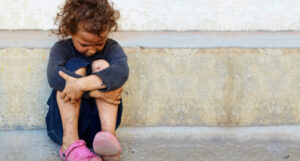 TORONTO – Fifty-four years. At the current rate of improvement, it will take fifty-four years, according to Campaign 2000, to end child poverty. The alarm was raised by the movement which is a non-partisan network of 120 national, provincial and community partner organizations committed to working together to end the poverty of children and families: the new Campaign 2000 report found that more than 1.3 million Canadian children, or 17.7%, live below the poverty threshold indicated by Statistics Canada. “This is a fairly significant number of children who suffer from the damage caused by missed meals, not having suitable clothes and the absence of parents working for many hours,” said Leila Sarangi, national director of Campaign 2000.

The coalition named after a 1989 House of Commons resolution to end child poverty by the year 2000 believes that the national plan to combat child poverty with material and educational support actions has suffered a setback: “Canada’s mission to eliminate child misery stalled during the Covid-19 pandemic and now the federal government must take bolder and more decisive actions to protect children,” the report reads.

The report highlights that low-income single-parent families are now further off the poverty line than at any time since 2012. The average of these two-child families is $13,262 since reaching the poverty line. The gap was $9,612 in 2015. The poverty line used in the report is known as the Low Income Tax Measure After Tax, which Statistics Canada defines as 50 percent of the average income of Canadian households.

The report is also based on the most recent fiscal data available, which date back to 2019: “We think the situation is destined to worsen, we are sure that it will highlight worse results and higher poverty rates caused by the pandemic”. The highest rate of child poverty in Canada is in Nunavut, at 34.4%.

Sarangi says the policies introduced during the early years of the Trudeau government – primarily the Canada Child Benefit – had a significant positive impact on child poverty levels. “These improvements are now slowing down because the government has not adequately expanded subsidy programs, nor has it made it easier for parents to access the programs,” the National Director of Campaign 2000 noted, “the Canada Child Benefit is not within reach of families who are in the deepest need, it does not bring them above the low-income level.”

Neesha Rao, executive director of the Yellowknife Women’s Society, also urged the federal government to create new financial support for families, possibly including a guaranteed income program. “It’s time for us as a country to consider some sort of guaranteed national income for people, because eventually children will benefit,” Rao said. “The lack of action by the Canadian government leads us to think that child poverty is not a priority at all,” Sarnagi bitterly concluded.