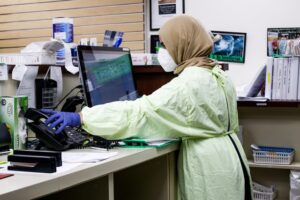 TORONTO – After the temporary decline recorded Tuesday, today the growth of infections in Ontario resumed, as already recorded in the previous days: the province has in fact 780 new infections (and another 6 deaths). Going backwards, the infections had been: 687 Tuesday, 788 Monday, 964 Sunday and 854 Saturday. A week ago, last Wednesday, they were 591. The seven-day moving average of new cases reaches 821: a significant increase compared to a week ago (686) and, above all, the highest average since last June 4 when it was 844. The positivity rate also continues to grow: with 35,300 tests processed in the last 24 hours and 780 infections, the index is now 3.1%, compared to 2.5% a week ago.

Of today’s cases, 369 involved unvaccinated people, 24 with one dose, 336 fully vaccinated, and 51 with an unknown vaccination status. Speaking of vaccines, currently 89 percent of people 12 years of age or older in Ontario have received one dose of the vaccine and 86 percent have received two doses and are considered fully vaccinated: children vaccine data – their vaccinations started a few days ago – will be made known in the next few days.

Meanwhile, another 965 people recovered from the virus today: 6,750 active (and known) cases remain in the province, compared to 5,407 active cases a week ago. With the six deaths recorded today, the death toll related to the virus in the province is now 10,005 (yesterday it was 10,000 but one of the deaths was removed from the total following a review of the data made just today).

As for the distribution of today’s cases, in the Greater Toronto Area, Toronto recorded 96 new cases, while 38 were reported in the Peel region, 37 in both the York region and Durham and 26 in Halton, while elsewhere in Ontario, they are 88 new infections were recorded in Windsor-Essex, 64 in Simcoe Muskoka and 56 in Sudbury and surrounding districts.

There are currently 296 people in Ontario hospitals with the virus and 155 in intensive care units. 133 ICU patients are not fully vaccinated or have an unknown vaccination status and there are only 22 fully vaccinated people.

Photo by Jakayla Toney on Unsplash