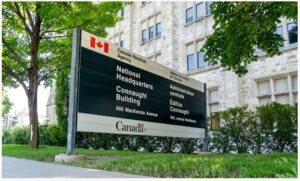 TORONTO – We Italians, ususally, are considered “crafty”: people who try to get around the rules to obtain personal advantages. It’s actually a cliché, but even if it were true… well, we found who could compete with us: the Canadians, who would have pocketed 3.2 billion dollars without being entitled to it, by providing false data.

The CRA (Canada Revenue Agency) has recovered the large amount from “suspicious payments” relating to aid given for the Covid-19 emergency. And that’s just the beginning, they tell at the CRA that it has already uncovered around 25,000 cases of fraudulent payments linked to identity theft.

In an interview with the National Post on Tuesday, two senior Canada Revenue Agency officials, Frank Vermaeten and Marc Lemieux, said the organization had sent 825,000 debit notes (or “rescheduling notices”) to Canadians who would received ineligible (or over) payments for various relief programs during the pandemic. A number, we said, destined to grow when CRA investigators will examine millions of applications for half a dozen Covid-19 programs active until at least 2025.

Vermaeten and Lemieux admit, in hindsight, that the agency “made some mistakes in early 2020 when designing and delivering programs like the $2,000-a-month Canada Emergency Response Benefit (CERB), which was based on a simple attestation, which means that the honesty of the taxpayer was relied upon”. It was necessary to hurry because the emergency had exploded suddenly and perhaps the Agency has made some levity, but certainly the “fault” lies with those who took advantage of that moment of weakness in the system to get into their pocket money he wasn’t owed. Thousands and thousands of Canadians, evidently.

“We did our best in the situation we were in, it was an evolving situation” recalls Vermaeten. In short, a challenge similar to the one that will soon arise with the launch of Canada Dental Benefit and the integration of Canada Housing Benefit, two other programs based on simple certification and with rapid delivery times. But Vermaeten says those programs are more like the established Canada Child Benefit (CCB) and, nonetheless, benefit from lessons learned from pandemic programs. In other words: now we know how to pay attention to the “crafty” ones. The unexpected sneaky Canadians.