Innisfil, “The policemen did not even pull out the guns” 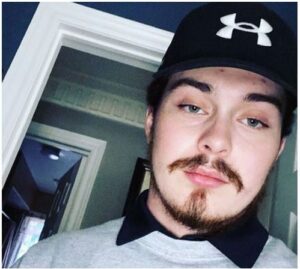 TORONTO – As the community of Innisfil clings to the families of Devon Northrup and Morgan Russell shot dead inside a house in the town, some details about the story begin to emerge.

According to the Statements of the Special Investigations Unit (SIU) the two south Simcoe Police officers were killed in cold blood. They were killed just before 8am on Tuesday night as soon as they arrived at the house near 25th Side Road and the 9th Line, they did not even have time to pull out their guns.

Although the SIU has not confirmed the identity of the killer, it was 23-year-old Chris Doncaster (in the pic above) who lived in the house with his grandparents who fired a semi-automatic rifle. Doncaster, special Investigations Unit spokeswoman Kristy Denette told CTV News Toronto, died in a gunfight with a third police officer but investigators will have more details about the incident following the autopsy scheduled for tomorrow.

Not many details are known of the suspect although it seems that he served briefly in the Canadian Armed Forces. The Department of National Defense confirmed that a man named Christopher Joseph Doncaster was a member of the Canadian Armed Forces from May to December 2020 but was never deployed anywhere and did not complete basic training. The young man was described by his ex-girlfriend as a guy who “needed help”, by neighbors as a person “with many problems”.

Meanwhile, the community of Innisfil – about 24,000 inhabitants – mourns the passing of Northrup who had six years of service with the South Simcoe police, and russell who was a veteran of the force for 33 years. On Wednesday, the two officers were recalled during a candlelight vigil attended by hundreds of community members. “The healing process for our city will be long – said Mayor Lynn Dollin with emotion – I think our community is still in shock. I believe that the vigil has served to make us stay together and to support each other but for us it will be a long process. Everyone wants to support our first responders and also, of course, the families of the fallen.”

Dollin added that both officers were well-known faces in the small town, which has a population of nearly 24,000. “They were respected officers in the community, very involved in the community, not only during their shifts but also for the volunteering they did for the police service,” he said.

Meanwhile, South Simcoe’s interim police chief, John Van, said this “is a heartbreaking moment for our police force.” Van asked York Regional Police to conduct an investigation into the circumstances of the incident.

It is a wounded community, that of Innisfill, a community that wonders why two families should now mourn the senseless death of their loved ones.