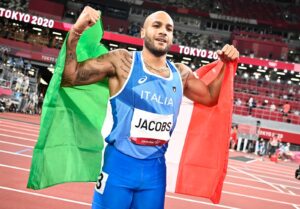 TOKYO – Within a couple of hours, he broke all records and brought Italy to the top of the world in the most beloved discipline of athletics.

Three milestones achieved at the Tokyo Olympic Games, where Jacobs also set a new European record in the discipline, first thanks to the 9 “84 in the semifinal, then with the 9” 80 in the final in which he surpassed himself. At the same time he also became the second Italian, after Filippo Tortu, to break the 10-second barrier.

“It was my dream as a child: I raced as much as I could”, Jacobs told Rai Sport after the final. “I won an Olympic gold after Bolt, unbelievable, tonight looking at the ceiling maybe I’ll make it!”

But that of Marcell Jacobs was not the only Italian success: Gianmarco Tamberi, 29, from Civitanova Marche (Macerata), in fact won the gold medal in the high jump, ex aequo with the Qatari Mutaz Essa Barshim. They both jumped 2.37 on their first attempt, then after failing 2.39 they opted for a tie – they are also very good friends – to avoid the playoff. Bronze for the Belarusian Maksim Nedasekau. 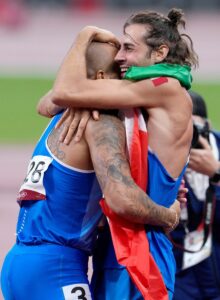