Minister and airlines testify at transportation committee: “Airports chaos? Due to extreme weather” 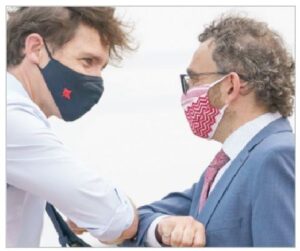 TORONTO – The extreme weather. This is the cause of the inconvenience suffered by thousands of passengers in Canadian airports during Christmas departures according to the airlines and according to the federal Minister of Transport, Omar Alghabra, protagonists of a “pass the buck” in front of the Transportation Commission of the House of Commons which called them to understand the reasons for the Christmas chaos.

Canada’s major airlines – Sunwing, WestJet and Air Canada – told MPs they were “sorry that thousands of passengers were stranded” over the holiday, blamed it on “extreme weather” and said they were willing to make some changes, “but the government should do it too”.

And for its part, the government – represented by Minister Alghabra – defined what happened as “unacceptable”: from the chaos at Toronto’s Pearson Airport before and during Christmas (with hours of waiting and sleepless nights due to delayed or canceled flights and lost luggage ) to the case of Sunwing, the airline that left hundreds stranded in Mexico after canceling its flights due to a winter storm that hit various parts of Canada.

But, at the same time, answering questions from the parliaments, he added that “we live in Canada and you know what the weather is like around here…”.

However, the minister announced the introduction of “legislation to strengthen passenger protection regulations, a set of standards that allow travelers to claim compensation when their flights are delayed or cancelled”.

Alghabra is thinking, in particular, of changing the rules so that airlines must automatically compensate passengers. A proposition probably unfeasible, in light of the statements of an Air Canada spokesman: “No passenger protection regime in the world requires carriers to compensate customers for delays due to severe weather conditions” he said.

And according to the Conservatives, the responsibility does not lie so much with the airlines as with the Minister of Transport, “guilty” of not intervening immediately to remedy the chaos that occurred at Christmas. In particular, the conservative parliamentarian Mark Strahl, today, in front of the Transportation Commission and in Alghabra, reported that he had contacted the main airports asking if the minister had called, in the midst of the Christmas chaos, the top management of the airports to inquire about how much it was happening. The answers were all negative: “No”.

In the pic, from Alghabra’s Twitter profile, the minister with Justin Trudeau