One in five Canadians don’t eat to save money 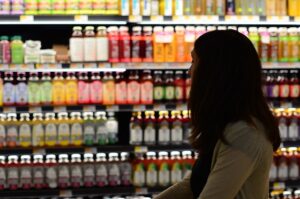 TORONTO – There are those who use discount coupons, those who reduce household waste, buy cheaper and less healthy food but there are also those who skip meals: one in five Canadians do it. Families, therefore, are trying them all to save money, in the midst of a crisis that sees prices continue to rise: even though the country’s annual inflation rate dropped slightly to 6.9% in September, the cost of food has in fact continued its run, reaching an increase of 11.4% compared to a year ago (at a pace not seen since 1981). Shopping has now become an odissey.

To paint the disturbing picture is a survey carried out by CHASR, Canadian Hub for Applied and Social Research, at the University of Saskatchewan and conducted from 6 September to 17 October on a sample of 1,001 Canadians who were asked: “What strategies adopted to cope with rising food costs? “.

Well, most of the respondents in, said they use coupons or look for discounts and promotions to cope with rising food costs; nearly 59 percent try to waste less food at home; 54% plan meals better to ensure they have adequate funds for food; just over 30% said they consume less healthy foods because they are cheaper; but the most disturbing figure is that 20% who skip meals to save money. And there is even a 5% who steal food out of necessity and an equal percentage who use a food bank or community.

“Alberta and Saskatchewan have some of the highest food bank utilization rates in all of Canada,” says Jessica McCutcheon, associate director of the research hub.

“In Saskatoon – echoes Laurie O’Connor, executive director of the Saskatoon Food Bank and Learning Center – the number of people using the food bank is among the highest that the staff has ever seen. And there is also a worrying increase in the number of students and seniors entering” she adds. “More and more people are literally ‘struggling’ to get food for themselves and their families as prices in grocery stores rise to an extent that is now out of their reach”.

According to a recent report by Food Banks Canada, there were nearly 1.5 million visits to food banks in March, a figure 15% higher than the number of visits recorded in the same month last year and 35% more. compared to visits in March 2019, before the Covid-19 pandemic exploded.

It is above all residents in the provinces of the prairies who are forced to resort to emergency measures for food, in particular young people between the ages of 18 and 34, who are more likely to use a food or community bank and who they are less likely to feel that they can afford to eat a balanced diet. It is better for people between the ages of 35 and 54 who use coupons the most and try to take advantage of discounts and promotions. In Quebec, however, as many as 95% of respondents said they could afford a balanced diet. “It could be because Quebec has a stronger social safety net with its policies,” McCutcheon points out.

And on this point, the pollsters asked what strategies, in their opinion, the government should adopt to deal with the food emergency. Most respondents propose increasing funding for community gardens, food banks and implementing a universal healthy school food program, but also support for food subsidies for low-income families and support to farmers and producers.

Most of the respondents – more than 79 percent – call for an increase in the minimum wage in their provinces. But according to O’Connor, even wage increases are not enough to tackle food insecurity: “We need to tackle the root causes of poverty” she said.

Photo by Jeremy Smith from Pixabay