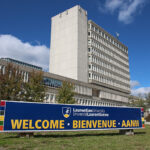 The Ontario government goes to the aid of colleges and universities by allocating $106.4 million, but Laurentian University won’t get a penny. The announcement by the Minister of Colleges and Universities Ross Romano left professors, students and all those who had appealed to the government to save the university that on February 10 declared the state of insolvency for a debt of more than 300 million dollars, shocked. Laurentian has been excluded from the list of 12 colleges and 10 universities that will receive funding. Among the latter, to name a few, Lakehead University in Thunder Bay will receive $6.1 million, Nipissing University in North Bay $3 million and Algoma University in Sault Ste. Marie 4.8 million.

The hopes of university lecturers and librarians who were looking forward with confidence to a positive signal from the government are also dashed. “The funding is presumably designed to go to the institutions most severely affected by the Covid-19 pandemic, but excludes the only post-secondary institution currently in default – reads a press release from the Ontario Confederation of University Faculty Associations (OCUFA) – this announcement demonstrates this government’s insensitivity and contempt for the people of Sudbury and for the students, faculty and staff working at Laurentian.”

OCUFA President Rahul Sapra is also dismayed. “The crisis at Laurentian University would have been avoided if this government had done its job and adequately funded the universities of Ontario – said Sapra – not only did the policies of this government push Laurentian over the limit, but Minister Romano knew the precarious financial situation of this university for at least six months, which gave him more than enough time to provide the university with the financial support it needed to avoid insolvency.”

Supra is unable to make a reason for the exclusion of Laurentian, the university most in need of government support. “It is beyond logic to decide to allocate $106.4 million to public institutions for post-secondary education in Ontario and not to spend a single penny to support Laurentian University, which is currently the only one insolvent – said Sapra – if it was not clear so far, it is now clear that the Ford government knows nothing about the needs of Ontario’s post-secondary public education system.”

Contacted Sudbury.com  Minister Ross Romano’s office justified the decision to exclude The University of Sudbury from the funding. “At this time, a one-off injection of funding through this Covid-19 Support Fund will not solve the significant long-term and systemic challenges faced by Laurentian – reads a written statement – we are confident that the CCAA process is the right way to address the university’s long-standing issues. Minister Romano is working with Alan Harrison to monitor CCAA proceedings and ensure continuity of learning for Laurentian students is protected.”

Nice words, yours. The reality, on the other hand, leaves no room for optimism: the Italian Studies program, the university’s flagship, is also at risk. For the Italian community, cancelling it is like getting a punch in the stomach.