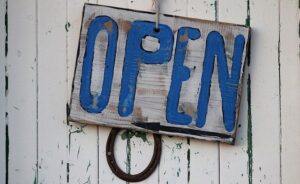 TORONTO – Pressure is growing on the government to loosen restrictions in Ontario. With data confirming that the third wave of the pandemic is now in the drips – yesterday there were only 699 new cases, the lowest since October 2020 – there are increasing demands for an acceleration of the reopening of the provincial economy also compared to the extremely prudent roadmap presented last week by Doug Ford and The Minister of Health Christine Elliott.

And while it is now obvious that the premier has already decided not to reopen schools and postpone classroom teaching until the next school year, on the other hand, there are also those within the government who ask to turn the page and set aside the restrictive measures activated during the third wave of the Covid-19 pandemic.

For now, the premier on this front continues to build a wall: Ford, after the scalding of the second wave, with a reopening of the economy perhaps too premature that in fact laid the foundations for the third wave, prefers to continue along the line of caution and prudence.

According to the provincial road map, Ontario will enter phase 1 of the reopening route on June 14. Phase 2, with the easing of other restrictions, will have to follow after three weeks, however, with the conditions for an increase according to forecasts of the number of vaccinated throughout the province.

In short, it is still a very long path that could be modified in light of the substantial flattening of the epidemiological curve in Ontario.

Meanwhile, at the political level, the prime minister’s concern about the rate of popularity and consensus has been soaring over the past three months is evident. According to the latest Abacus Data poll, Ford’s Progressive Conservative would be 34 percent behind the Liberal Party at 35 percent if it were to vote at the moment. Andrea Horwath is not convinced, with the provincial NDP standing at 24%.

Exactly one year after the next provincial election, Ford could opt for a cabinet reshuffle, moving some key pawns to prepare for the final year of the legislature before he returns to the polls. On the other hand, although the speech still seems premature, it is clear that the 2022 provincial elections will turn into a referendum on the prime minister’s actions during the pandemic. This dynamic will also be repeated at the federal level, should Canada return to the polls before the natural end of this legislature.