Sault Ste. Marie: Italians may hold the key in a tight three-way vote 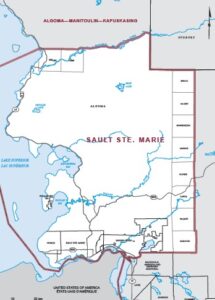 The electoral district of Sault Ste. Marie is located in northern Ontario, about an 8-hour car ride northwest of Toronto. It is situated along the international boundary between Canada and the US and part of the northern shoreline of Lake Superior.

The riding is shaping up to be a battleground among the three major parties. Terry Sheehan, current MP, is seeking re-election for the Liberals. He has represented the riding since 2015 and was re-elected in 2019 when he won 39% of the vote. Conservative candidate, Sonny Spina took 32%, followed by Sara McCleary of the NDP with 22% of the vote.

Between the years 2011 to 2015, Bryan Hayes represented the constituency as a member of the Conservative Party. He had defeated Tony Martin, who represented the riding for the NDP between 2004-2011.

Historically, the district has shifted between Liberal and NDP with some representation by the Conservatives. Current projections suggest it will be a tight race among these three parties. This is the second time, since 2019, that both Sheehan and Spina will face each other in a general election. 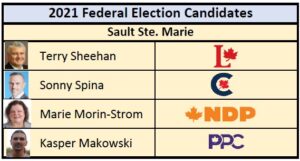 According to the latest projections by 338Canada.com (August 25), which uses algorithms that take into account results of all major polls, the Liberals trail the Conservatives by only 0.2%. The margin is slightly more between the Conservatives and NDP, at 1.8%. 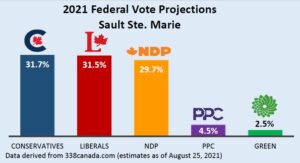 The district has a strong economic foundation in the industries of steel-making and forestry. The region was popular among immigrant groups, many of which still remain. According to Statistics Canada, in 2016 (most current data available), those who identify of Italian descent make up 21% of the population. That translates to 16,820 residents, the highest concentration of Italians in northern Ontario. 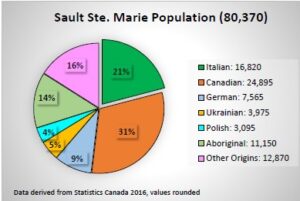 Sheehan told the Corriere Canadese he acknowledges the contributions of Italians in building the Sault community. “I am proud to say that Italian-Canadians have made this City what it is today”, he said. In line with his party’s message of building a better future, he added, “my goal is to build on over $750 million in investments in the Sault to create jobs, make life more affordable, and fight climate change.”

Other party candidates did not reply to our request for comment prior to our deadline.