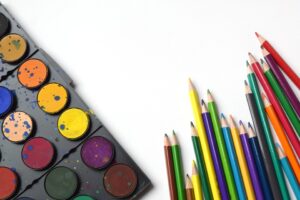 TORONTO – Ontario’s four largest education unions — Elementary Teachers’ Federation of Ontario (ETFO), Ontario English Catholic Teachers’ Association (OECTA), Ontario Secondary School Teachers’ Federation (OSSTF/FEESO) and the Association des enseignantes et des enseignants franco-ontariens (AEFO) — are attacking the government’s return-to-school plan. A plan, they say in unison, “incomplete and inadequate.” The accusation is that of having attempted to “create the illusion of normality” when “we are still in a pandemic”.

Yes, the illusion of normality. Words as heavy as boulders that enclose all the disappointment, but above all the concern for the return of the boys to the school desks in the province. On the fact that children have to go back to school in September, as they say, “it does not rain”: what cannot be accepted is the relaxation of some public health measures while at the same time “the need for funding to ensure a safe and sustainable return to school” is ignored.

In the Ford government’s return-to-school plan, contained in a 26-page document sent to the school board on Tuesday, a return to pre-Covid everyday life is expected to be as complete as possible with assemblies, trips, extracurricular activities and inter-school sports activities. And the removal of some protective measures, such as on-site screening. “By issuing an incomplete and inadequate plan, instead of inging families, staff and students that schools will be safe, the Ford government has attempted to create the illusion of normality – the unions say in their statement – we are still in the midst of a pandemic, with a potential fourth wave caused by the Delta variant on the way”.

In addition, the Chief Medical Officer of Health of the province Moore said that the government is still finalizing the epidemic management protocols for schools this fall and anticipated that probably “there will not be a different approach for vaccinated students and those who are not”. Another government turnaround – one of many, however – since last week Moore declared that there would be different rules based on their vaccination status of the boys. But these potential guidelines were not mentioned anywhere in the Ford government’s 29-page back-to-school plan. “I am confident that we will keep students and staff safe in our schools during the 2021-22 school year,” assured Education Minister Stephen Lecce.

However, the boards are already indicating that they will take a more cautious approach. The Toronto District School Board (TDSB) said this year it will continue to require the use of masks by all students in junior and senior kindergarten classes (JK and SK). Toronto Catholic District School Board (TCDSB) Director of Education Brendon Bowe also said that like last year, children at junior and senior kindergartens will have to use masks.

Today, moreover, the public board sent an email to the parents of the students asking them to choose between distance learning and face-to-face lessons by August 12th. The TDSB has already warned them that if no selection is made the student will be automatically included in the option for face-to-face learning.

The TCDSB addressed the same question to parents at the end of July and tomorrow is the last useful day that parents have to make their preference known. What seems absurd, however, is that the school boards have decided that during the school year it will not be possible to switch from one mode of learning to another: the choice made now will therefore be definitive. And if this second wave really arrives in a few months with a flood of infections, the children who have chosen to attend, will therefore be forced to go to school?