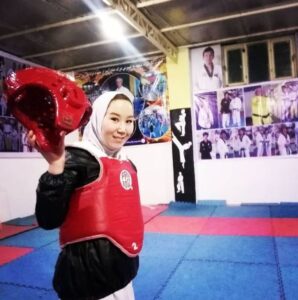 KABUL – Zakia and Hossain have made it: they are out of Afghanistan and could fulfill their dream of participating in the Tokyo Paralympics, the Olympics for disabled people who have just started. A dream that seemed to have shattered when the Taliban arrived, just as the two Afghan athletes, Zakia Khudadadi (taekwondo) and Hossain Rasouli (athletics) were about to leave for Japan.

Zakia (in the photo, taken from her Instagram profile) had launched an appeal to the international community through the Italian agency Ansa on 17 August. An appeal also re-launched by the New York Times. “My family is in a very bad situation. We are all under the control of the Taliban and this is a great nightmare”, she said. But then she managed to leave, together with the other Afghan Paralympic athlete, Hossain Rasouli.

Both were today in Dubai from where they should reach Australia on humanitarian visas. And finally, maybe Japan.

The rescue mission was coordinated by a small group of former athletes, including former Canadian Olympian and Sydney lawyer Nikki Dryden, who collected the files of the athletes at risk. Zakia’s in particular was followed by the Italian Federtaekwondo and the Italian Paralympic Committee. “I’m so happy that they managed to get Zakia out of Kabul: now I hope he can fulfill his dream of going to Tokyo and participating in the Paralympics”, he declared the Olympic gold of taekwondo, the Italian Vito Dell’Aquila. “I hope that many other girls will be able to save themselves from this very bad situation”, concluded the champion.