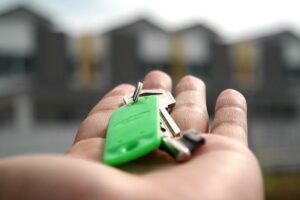 TORONTO – The Bank of Canada’s one percent interest rate hike on Wednesday took many by surprise (the institute had predicted a lower increase) and is likely to have a major financial impact for many Canadians. Also an economist, finally, says it. “It will have an immediate and rather dramatic effect on loan costs for many people,” Stephen Brown, a senior Canadian economist at Capital Economics, told CTV‘s “Your Morning” today, stating what everyone knows but few say openly: Canadian central bank interest rate hike raises mortgage and loan repayments: it’s so obvious.

Most economists expected an already heavy rate hike of 0.75, because this was what the Bank of Canada had announced. But, surprisingly, the institute opted for another choice: a point, from 1.5 to 2.5%. The largest single increase since 1998. And the fourth this year. Nor is it over, as Bank of Canada simultaneously announced another increase in September, which Brown says will be 0.75 and will be followed by another 0.25 in October, for a total of another percentage point that will bring the rate at 3.5%.

The reason for the continued increases, according to the Bank of Canada, is the “attempt to contain inflation” whose annual rate in May rose to 7.7%, the highest since 1983 and well above the 2% target of the Canadian central bank which predicts that inflation will reach a peak of 8% in the coming months, while according to Capital Economics it will reach 8.3%.

The sector that has had the most significant impact from the rate hikes is the real estate market. Average house prices have already fallen sharply since April and the Canadian Housing and Mortgage Corporation expects the market to decline overall by 3.5%, with some forecasters (including Capital Economics) predicting a sharper decline until 20%. After all, taking out a mortgage is becoming impossible with the ever-rising interest rate. And it is precisely those who already have a variable rate loan in progress who suffer the biggest blow.

According to Brown, therefore, “the Canadian central bank is quite unlikely to go above 3.5% of the interest rate, due to the rather significant downside risk to the housing market”. A market that risks a collapse: “It is very likely – Brown says – that we will see further falls in house prices”.

CTV also reported some testimonials from new homeowners, such as Youseff Shehata who has seen his mortgage payments increase by about $ 300 a month since he bought his Toronto condo last March. “When I bought my apartment downtown, I did my math and I expected the rate to go up a bit, but I never expected the increase to be that big”, he said. And he can’t even consider the option to resell the apartment, because with falling house prices he will certainly not be able to sell the apartment for the same price. “With interest rates on the rise, it is very difficult for people to buy and it is difficult for me to sell. I am in a very difficult situation … the rental market is also insane,” he added.

To run for cover, therefore, Shehata had to revise his budget for daily expenses: he cut part of his discretionary spending, goes out to eat less often and found himself forced to give up his domestic worker: “It was a difficult decision – Shehata said – knowing that she too has to deal with the increase in expenses. But I had no choice. Inflation has been crazy in recent months and now, after the increase in interest rates, I have to do all the accounts all over again “, he concluded. How many are in the same situation as Shehata?

Image by mastersenaiper from Pixabay