Canada, inflation slows down but prices fly. And the Bank of Canada… 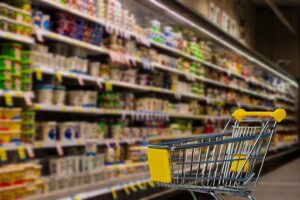 TORONTO – Food skyrocketing, just when the inflation is cooling: + 10.8% for shopping at the supermarket in August compared with a year ago, an increase that hasn’t been seen since 1981. Therefore, if inflation is down at 7,0% is largely thanks to the drop in the price of gasoline and nothing more.

This is what emerges from the latest monthly report on the consumer price index (CPI) of Statistics Canada.

It is true that on a monthly basis, overall consumer prices were slightly lower in August than in July: according to Statistics Canada, the 0.3% drop in CPI from July to August is the largest monthly decline since the first months of the pandemic. Transportation prices drove that deceleration, as fuel prices rose, yes, by 22.1% in August compared to a year ago, but decreased by 18.8% compared to June. The fact remains that food prices soar.

The question that arises, therefore, is: what will Bank of Canada do now, after that in recent months it has raised the interest rate five times, bringing it up to 3.25% (from 0.25% in January), to purpose of “fighting inflation”? The central bank will make its next rate announcement on October 26 and has already warned that “more interest rates are needed to bring the inflation to the 2% target.” Thus, yet another interest rate hike is coming in October and the bank is expected to bring its benchmark rate to 4 percent by the end of the year.

Indeed, excluding gasoline prices, the annual release in August was 6.3%, making that month the first, since June 2021, in which the annual excluding gasoline has slowed. But the cost of living remains stubbornly high for Canadians, who are largely resurgent of the problem at the supermarket. Not only that: the continuous increase in interest rates by the Bank of Canada aimed at burdening families with variable loans or mortgages, weighing down even more their already “tired” budgets. To give two random examples, the prices of baked goods have increased by 15.4% (“thanks” to the war in Ukraine which has caused the prices of cereals to rise), while the prices of fresh fruit have increased by 13.2%. % compared to a year ago. A bloodletting.

The federal agency attributes the acceleration of food prices to the continuous interruptions in the supply chain, the Russian invasion of Ukraine (we said), the extreme weather conditions, the higher costs in general.

Fortunately, the gap between inflation and wages is narrowing, with average hourly wages rising 5.4 percent in August – but that’s not enough.

According to a survey released today by Dalhousie University’s Agri-Food Analytics Lab, about three-quarters of Canadians have changed the way they shop as high costs eat up their budgets. Notably, 24% of respondents are reducing the amount of food they are buying due to high prices. The percentage is even higher among women: 29.6%. Of the 5,000 Canadians surveyed, 7.1% said they skipped meals or snacks due to food inflation. About 6.6% said they pay for their shopping more often with their credit card without knowing when they will be able to pay it back. 40% say they are trying to waste less food, 33% pay for their groceries using reward points more often, and 18% buy “bulk food”.

Sylvain Charlebois, director of Agri-Food Analytics Lab, told that “we are not out of danger yet. So we expect more Canadians – the ‘Food Professor’ told Global News – to adopt new habits as we try to get out of this food inflation dilemma”.

Pic by Tumisu from Pixabay