Canadian prices on the rise forcing consumers to spend more 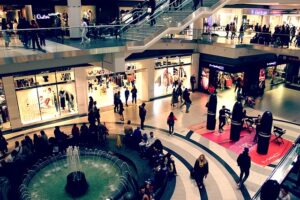 The holiday shopping season is in full swing. This year’s outlook is forecasted to be better than last year, according to Deloitte Canada. The accounting organization that specializes in professional services like audit, consulting and financial advisory suggests shoppers are likely to spend an estimated average of $1,841 this holiday season, an increase of 31%, compared to the $1,405 spent last year.

With over 75% of eligible Canadians fully vaccinated against Covid-19 combined with heightened consumer confidence, it’s understandable that more people are likely to venture out this year to celebrate and spend more doing so. Yet, not all appears to be positive.

Soaring inflation seems to be eating away at Canadians’ ability to spend on some of the most basic necessities like groceries, shelter and transportation. As reported in our November 18 publication, Statistics Canada indicated the Consumer Price Index rose to 4.7% in October, compared to one year ago. That marked an 18-year high; the largest gain since February 2003.

That increase along with the 25.5% surge in October’s energy prices meant that Canadians paid an average of 41.7% more for gas last month, compared to the same time last year. The rising cost of fuel is one key driver of inflation. Not only have consumers felt the impact of higher prices at the pumps but also for the cost of shelter. The associated costs of keeping a roof over your head also rose in October, up 4.8% compared to one year ago.

When it comes to groceries, meat prices rose 9.9% year-over-year, most notably in the cost of bacon. Shoppers paid on average of 20.2% more for bacon last month, compared to October 2020.

Economists point to rising energy prices, labour shortages and supply chain disruption as factors driving much of the inflation. The devastating floods in British Columbia and deadly landslides that have affected thousands of local residents, have also wreaked havoc on Canada’s supply chain.

The environmental disaster is yet another factor that will impact the supply chain and potentially drive up the cost of essential food, critical supplies and medicines that Canadians so urgently need. Furthermore, financial experts caution the “sticker shock” may get worse in the coming months compared to previous winters.

Compounding the issue is that wages have not kept pace with the skyrocketing cost of living. It may be increasingly difficult for some to make ends meet. That challenge may persist despite Ontario’s plan to increase minimum wage to $15/hour starting 2021, something critics argue should have happened years ago.

Despite wage growth running less than the rate of inflation, the government emergency financial aid programs that were introduced to help Canadians weather the public health crisis and pandemic-induced shutdowns led to an accumulation of personal savings for some.

For now, consumers who still have access to savings accumulated during the pandemic, seem content to spoil family and friends after enduring a challenging nineteen months. Like many shoppers, including those who have not been able to increase their savings over the past several months, appear to be adapting to changing circumstances through bargain hunting and the practice of discount shopping, just some ways to spend during the holidays while on a budget.