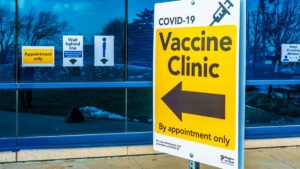 TORONTO – The pressure of the Ontario Medical Association (OMA) and the Registered Nurses’ Association of Ontario (RNAO) is becoming more and more insistent. The two associations do not stop in front of the wall opposed by Prime Minister Doug Ford and ask that all health workers in the province be completely vaccinated against Covid-19.

In a press release, doctors in the province said that mandatory vaccinations in this area are necessary to protect workers, patients and the community at large. “Vaccines are the best way to control the spread of Covid-19 and remain an essential component in the protection of our patients, families and friends – said OMA President Adam Kassam – as a fully vaccinated front-line doctor, I am proud to be at the side of my medical colleagues who continue to support the complete vaccination of all those who are eligible to it”.

The importance of vaccines is highlighted by the associations of doctors and nurses but the premier of the province, while encouraging health workers to be immunized, reiterated that “no one should be forced to be vaccinated”. “I am not in favor of a mandatory certification and neither, among other things, is the chief medical officer – said Ford – folks, please go and get vaccinated”.

A striking example of the collapse of infections and deaths due to the virus are Ontario’s long-term care homes where the vast majority of residents have been vaccinated against the virus: the few outbreaks that persist are mainly caused by staff whose immunization rates are not very high. Despite this, the provincial government does not intend to force workers to be immunized. What the province has now made mandatory for LTC staff is to reveal their vaccination status and in case you are not vaccinated participate in information meetings on the importance of immunization.

According to the draft of a provincial document obtained by CBC News, Ontario government officials have considered the pros and cons of requiring Covid-19 vaccinations for health care workers, and the government is addressing the legal and ethical issues present in developing policies for vaccinations in certain areas of employment. Although the document often refers to “mandatory vaccination”, it would not actually require any workers to be immunized against Covid, rather, it would allow unvaccinated health workers to have contact with patients, provided that they wear full protective equipment (PPE) and undergo frequent screening for the coronavirus.

And while the debate on the imposition of the vaccine by the government goes crazy, the specter of a fourth wave of Covid rises more and more: the surge in infections that is being recorded in Great Britain is a cause for great concern. Dr David Naylor, co-chair of Canada’s Covid-19 immunity task force, said the UK is a “useful wake-up call” for Canada as experts agree on the need to increase vaccinations to avoid another devastating wave of the virus.

After a blitz in April and May, since June 16 the number of new first doses administered has stopped at well under 100,000 per day. This means that it would take several more months to immunize the remaining eligible members at the current rate.

Angela Rasmussen, a virologist at the University of Saskatchewan’s Organization for Vaccine and Infectious Disease Research, said new variants like Delta will continue to arrive because viruses mutate as they spread, and sometimes these mutations make them the strongest. But Rasmussen said the mutations are not so large as to be unassailable by vaccines. “The vast majority of people who have had two injections will not get seriously ill – said Rasmussen – the answer to the variants is not ‘Oh my God, vaccines do not work’, because some people are occasionally infected. What we should do is vaccinate everyone, in order to reduce the likelihood of variants emerging that can bypass our defenses”.