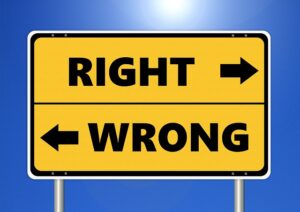 No, this is not another article on “case counts”. If History is any guide, when Adversity takes lives and property, leaders emerge to keep everyone focused on values that brought us where we are (moral fibre). The end goal (moral compass) guides thought, clarifies principles and speaks to what those “end goals” might be.

They might be religious. They could be political. They might be military (today, more likely the armies of medical science researchers focused on a race to find the “breakthrough drug for God and profit”).

Most of those heroes/leaders are decision-makers who make God laugh – “to coin a phrase”. They fashion plans sometimes from thin air, taking themselves seriously… at our expense. That would be the conclusion of the several police officers (retired and active) who have retained the Constitutional Rights Centre Inc (CRC) and one of its co-founders, Constitutionalist lawyer Rocco Galati. Those officers, like 39 of the 40 police chiefs in Ontario, are agents of the Court who have sworn to uphold the Law, but now feel they cannot.

From whom do they need protection? They have told the Premier they cannot/will not enforce his government’s latest lockdown measures: stay home; close the schools to children; shut the churches to those seeking solace and comfort; barricade restaurants and other businesses that provide venues for social interaction and economic activity – and stay indoors lest Covid-19 has morphed to aerosol transmission mode.

Rocco Galati “lives for the challenge” of defending the constitutional rights of Canadians against the haughty and pretentious. He and his co-founders in the CRC have invigorated its raison-d’etre to protect individual and collective rights in the face of unrelenting tendencies by activists and elected politicians to overreach their authorities.

The CRC – Galati et al – have become the modern-day “political sanctuaries”, “safe spaces”, for the truly oppressed and persecuted.

The CRC speaks to the rule of law, due process and rights enshrined in the Constitution, observed by Statute, reinforced by Regulations and repeated by democratic processes that have measurable and ethical standards supported by the public it serves.

Galati’s group takes up causes that make others tremble unless a healthy retainer is forwarded well beforehand because it is the right thing to do. Heck, he has come to the aid of the Corriere on more than one occasion; although we have always been on the side of truth. That helps but it does not discourage those who would usurp the rights of others.

The Catholic Church and Catholic ratepayers are being barraged by those who would take away their Constitutional rights to a separate, religious-connected educational system. It is a system they earned, paid for and caused to be formalized in the Constitution that frames the Canadian Confederation.

Without it and them, Canada might have developed anyway but given the historical context from which it emerged, the odds do not favour positive speculation.

Who cares? Maybe the Cardinal should. He is the most senior bishop in Ontario. Catholic churches in his archdiocese have been shut down and the schools attached to them are being, metaphorically speaking, being reduced to rubble by a cabal of trustees whose legitimacy to hold office is being contested. Yet their voices are the only ones heard.