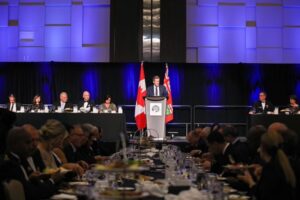 TORONTO – As the longest-serving Italian politician, Giulio Andreotti, used to say, “power wears out those who don’t have it”. Who knows if the aphorism is also valid for the former mayors of Toronto – including David Crombie, Art Eggleton, John Sewell, Barbara Hall and David Miller – who wrote a letter to mayor John Tory asking him to “reject” the provincial law that will give him more powers, in particular that of passing laws with only the support of the minority. An at least curious request, that of asking a politician to give up having more power. Especially if it comes from other politicians who have held that same position. But let’s go in order.

The bill, which has already been circulating for several months and is being updated from time to time, was illustrated last Wednesday by the provincial minister of Municipal Affairs, Steve Clark: in a nutshell, it will allow the mayors of Toronto and Ottawa to approve ordinances in line with provincial priorities (i.e.: build new homes) with the affirmative vote of one-third of city council members. Practically, the minority will suffice. This means that Tory will be able to implement some policies with the support of just eight councillors.

According to the Province, this change is “necessary to allow mayors of large Ontario cities to build more housing”.

In the letter from the three former first citizens, sent by e-mail to John Tory’s office on Sunday afternoon, shortly before 5 pm, the signatories said they were “appalled at this attack on one of the essential tenets of our local democracy and a fundamental democratic mechanism: majority rule”. The former mayors said they were also “fearful” of the “real substantive risks” the city would face from the bill.

The letter stresses that majority rule should be the principle by which city council operates.

“We are now in a time when our provincial government is revealing its real agenda for our future. It is a disturbing future. It includes the unwinding of our Greenbelt and the hollowing out of the mandate of Conservation Authorities that were created to protect us from environmental disaster” the letter reads.

“The province is also taking steps toward the intentional reduction of farmland in favour of more urban sprawl and the stripping away of rules and regulations supporting the building of healthy and affordable communities. All of this is taking place this within a matter of months into a new mandate, without having put these troublesome changes before the voters. This is alarming in the extreme” the letter continues.

On Sunday evening, deputy chief of Tory’s staff Don Peat said the mayor’s office would look into the letter, but Peat himself went on to specify that “the mayor was clear during the election: he supports the ‘strong mayor’ system. And he was also clear that his leadership style and overall approach to City Council won’t change – he will continue to work with City Council to get things done for the people of Toronto” Peat said, adding that Tory “will make very limited use of this measure” and that “he will use the new powers only when they are necessary to advance the construction of new housing” and “other key issues”. In short: Tory likes having more power. His predecessors will have to deal with it…