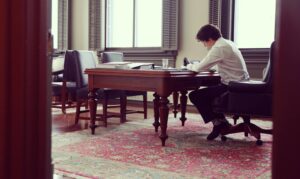 OTTAWA – The countdown is about to begin. The electoral machine is about to get going. According to a Liberal campaigning source, the start seems to have been set for August 15, while the date on which Canadians will have to go to the polls would be September 20. The rumors have been chasing each other for days: some claimed that the official launch of the campaign would take place as early as next Sunday, August 8, with the date of the elections set for September 13.

According to the Canada Elections Act, election campaigns must last between 36 and 50 days and their length is decided by the Prime Minister.

The Liberal government has not said how long the next election campaign will last – but although Chief Electoral Officer Stéphane Perrault said in June that he would “prefer” the duration of the campaign to be longer than the minimum of 36 days – it seems that it will be just 36 days.

Until a few weeks ago, Prime Minister Justin Trudeau rejected early elections, but now he has taken the road to the polls.

Those in September will be early elections considering that the last federal elections in Canada for the renewal of the House of Commons were held on October 21, 2019 with the reconfirmation of the Trudeau government, but this time, without a majority.

For months, the Liberals and other parties have been busy preparing for the next elections. And to this end, the Liberals held regular virtual strategic meetings and training sessions for MPs seeking re-election, new candidates, presidents of associations in electoral districts and other campaign officials. The next online meeting for candidates only is scheduled for August 7.

Everything therefore seems to be ready: only the official announcement that will arrive in days is missing.

Liberal sources have said that only a significant increase in Covid-19 cases due to the Delta variant could postpone the date when Canadians will go to the polls to express their preference.

At the moment the Liberals do not tremble in front of O’Toole’s conservatives and the NDP led by Singh: according to the polls that occasionally feel the pulse of the voters, currently they do not constitute a threat and the Liberals could win again, not so much for their own merit but for the demerit of the opponents who have not been able to create a concrete and convincing opposition.

A recent poll conducted by Ekos Research between July 26 and 28 suggested that Liberals have the support of 39 percent of Canadians, followed by conservatives with 28.6 percent, neo Democrats with 17.9 percent and greens with 4.2 percent.

In the 2019 federal election, the Liberals won 157 seats, the Conservatives 121, the Bloc Québécois 32, the NDP 24 seats, the Greens three seats and an independent deputy was elected. To win a majority in the next election, the Liberals would have to keep the 157 seats they won in 2019 and add another 13 to get the 170 seats needed for the majority. Is it feasible? Perhaps.