Federal leaders in identity crisis: the weakness of our ruling class 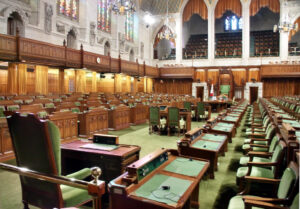 TORONTO – The elections usually start a new political era: the last chapter of a political season ends and a new phase begins. The federal elections of September 20 is an exception, because they were not able to resolve either the contradictions of a weak government, supported by a fragile minority in the House, nor the ineffectiveness and instability of the opposition, on which Prime Minister in pectore Justin Trudeau built his political fortunes.

In this political season, in Canada, we have to deal with the endemic weakness of our ruling class: the elections have done nothing but slam in our faces for the umpteenth time the inconsistency of the leaderships of the various parties. And now, before the start of the new legislature, leaders have to deal with a real identity crisis.

Trudeau, after the gamble of early elections that no one wanted, in the middle of the pandemic, after having risked losing and having managed to obtain a victory halved, was the protagonist of the resounding slip of Tofino. The liberal leader deserted the celebrations of the first national day for Truth and Reconciliation with indigenous peoples, preferring to go on vacation with his family. An incredible and inexplicable gaffe, destined to reopen wounds with the Aboriginal communities and with those who, for years, have asked all Canadians to have the strength to come to terms with their history, even with the darkest pages.

Erin O’Toole, on the other hand, tries to stay in the saddle of a party that, after the electoral defeat, has only one goal: to unseat it. The conservative leader is accused of having completely mistaken the strategy during the election campaign, of having moved the party too much to the center in the failed attempt to win consensus in the moderate electorate and in the GTA.

Jagmeet Singh has to deal with the second electoral blow in just two years. Since 2019, the neo-democratic leader has failed to broaden the party’s base, has not made inroads into the progressive electorate and has never posed a serious threat to the two-way race between liberals and conservatives. And even among the ndippini is gaining strength the idea that perhaps it would be appropriate to change the helmsman of the ship, before it sinks.

Annamie Paul at least had the courage to resign immediately after the election. But since in politics “it is always the fault of others”, the now former Green leader blamed her defeat on the climate of “intolerance and racism” present within the Green Party. Assuming there was someone who rowed against Paul within the party, in any case the electorate turned its back on the Green Party, which went from 1.2 million votes in 2019 to 397 thousand collected in the last elections.

We are therefore faced with a climate of great uncertainty in view of the resumption of parliamentary work, with the pandemic still ongoing, the fears related to the Delta variant and any future new strains of Covid, with an economy that does not take off and with a deficit that is staring without any return plan.