Homes in Toronto: prices stable, but the market is at a standstill 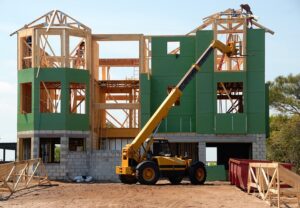 TORONTO – The average price of a home in Toronto has remained virtually unchanged over the past two months: the market seemed to be on standby, due to a sharp drop in new listings. In fact, the latest data from the Toronto Region Real Estate Board (TRREB) shows that the average sale price across all property types was $ 1,089,428 in October, up from $ 1,086,762 in September. Prices remain down 5.7% from the same period last year, while October is the third consecutive month with little or no change in TRREB’s benchmark index.

The new listings continue, we said, to decrease, with the number of properties arriving on the market in October down 11.6% compared to October 2021 and essentially at the low of the last twelve years for the month in question. The number of transactions in October (4,961) was comparable to the previous month (5,027), but is still down by more than 49% compared to the same month in 2021.

According to TRREB, the market is clearly continuing to “adjust to substantially higher interest rates”, referring to the Bank of Canada’s strategy of continuously increasing rates “to fight inflation”. House prices, moreover, have been falling steadily since the Canadian central bank began to aggressively raise interest rates last March. TRREB data suggests that the most expensive single-family homes have been the hardest hit, with an average price drop of 11% over the past year. Meanwhile, the average price of a condominium apartment remained growing year on year, albeit only marginally (1.8 percent).

The trend outside Toronto is even more marked. In the Waterloo area, for example, house prices continue to fall more consistently, the Waterloo Association of Realtors reports. In their monthly update, real estate agents said the average cost of buying a home in the Waterloo region fell by 1.6% compared to September (we are around $ 750,000). Aside from September, when the median price rose 0.1 percent, median house prices have been down since February, when they hit an all-time high of $ 1,007,109. The downward trend continued not only in house prices, but also in overall sales which were 491 last month, down 39.7% from the same month last year and 36.2% lower than the previous five-year average. And the sales times are getting longer too: if last year 10 days were enough to sell a house in Waterloo, now it takes 22.