Houses, from February average price down by $ 170 thousand 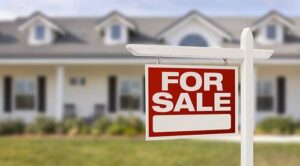 TORONTO – The Canadian housing market continues to show signs of cooling. Last month the volume of home sales fell by more than a third compared to last year’s boom periods, and prices have also fallen by almost 10% since then.

The Canadian Real Estate Association (CREA), which represents real estate agents, said in a statement that the national average sale price of a home in October was $644,643. That’s a 9.9% drop from the same month last year, and even more so from the peak of $816,720 in February 2022. That was before the Bank of Canada began its aggressive campaign of raising interest rates to curb inflation. Since then, the central bank has raised its benchmark rate several times and the impact on the housing market has been dramatic.

Average selling prices have fallen by more than 20% since February – about $170,000 – with prices falling in almost every market in the country.

Prices are falling, therefore, compared to their peak but investing in brick and mortar is not so convenient since with higher rates mortgages come to be two or three times more expensive than at the beginning of this year.

And there are many people who are paying the price for investing in the real estate market when the situation seemed to be good. Sid Joshi, for example, bought a townhouse in Stittsville, a suburb of Ottawa, in February for about $400,000. Before the pandemic, the house he bought would probably have cost only about $300,000, but he found the courage to buy because he could easily afford to pay off the mortgage.” When I bought the house, interest rates were 1.2%, so my monthly payment, $1,400 a month, was still manageable,” he said. But the loan he accepted was a variable rate one, and within weeks, his payment began to rise with each increase in the Bank of Canada’s interest rate. Joshi now pays more than $2,100 a month, and what’s even worse is that his house, according to market trends, could only be worth $360,000. “It is very disappointing and I regret my decision to buy this property – he said – I should have waited”.

Joshi’s story is likely similar to that of many other Canadians who invested in brick and mortar during the pandemic, when historically low interest rates made the housing market incandescent and sent prices soaring.

The October data clearly shows that the trend is now going in the opposite direction: sales are collapsing and prices are falling more and more. “October provided data suggesting that the slowdown in Canadian housing markets is ending,” said CREA economist Shaun Cathcart, “sales actually increased from September to October and the month-on-month price decline declined for the fourth consecutive month.”

Others think the optimism is a bit excessive. It’s true that sales may have increased from the September low, but they were still around 15% below the monthly average of the pre-Covid 10 years, suggesting that things are still far from returning to some semblance of normality.