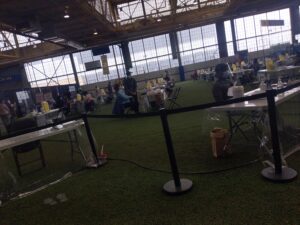 TORONTO – Canada and Ontario are still grappling with the AstraZeneca node. The vaccine, although still considered safe by both Health Canada and the National Advisory Committee on Immunization (Naci) has been suspended as a precaution in some provinces of our country. In Ontario, as explained this week by Chief Medical Officer David Williams, the provisional stop was decided for two reasons: on the one hand the necessary caution pending new data on adverse reactions, on the other hand the lack of new supplies due to the announced delays in deliveries.

The provincial government, as confirmed by Health Minister Christine Elliott, has decided to get its hands on it. The basic indication is to be able to proceed shortly along the path of the vaccine mix for those who have already received a first dose of AstraZeneca. The Federal Chief Public Health Officer, Theresa Tam, also spoke on this point, pointing out that the initial indications were extremely positive. “In the prossimk months — said Tam — we could go in that direction. The first indications are very positive about the use of an mRNA vaccine (Pfizer and Moderna) for those who have already received the first dose of AstraZeneca. We hope to hear the opinion of the National Advisory Committee on Immunization shortly.”

To reinforce this thesis came just yesterday the preliminary analysis of a study carried out in England on the use of a dose of AstraZeneca followed by a second dose of a different vaccine. At the beginning of 2021, clinical trials of the so-called “Mix-and-Match” for COVID vaccines were launched in the UK, a program created to evaluate the efficacy and safety of inoculation of two different drugs at the first and second doses.

A preliminary study just published showed that the covid vaccine mix is safe but determines a higher frequency of side effects after the second dose than receiving two doses of the same drug. No cause for concern has emerged. What you see is only a higher frequency, always after the second dose, of short-term side effects such as fever, para-flu symptoms, headache, sore throat, exhaustion, pain at the injection site, and so on.

This means that the mix is more reattogenic and could – but has yet to be proven – be even more immunogenic. The study, called Com-Cov and launched at the end of February, is run by the National Immunization Schedule Evaluation Consortium and coordinated by experts from the Oxford Vaccine Group – Centre for Clinical Vaccinology and Tropical Medicine at the University of Oxford, in collaboration with colleagues from the School of Clinical Sciences at the University of Nottingham. In the first phase of the survey, Pfizer and AstraZeneca vaccines were involved, administered to a group of British citizens aged 50 and over (average age 57).

In all, more than 800 volunteers were involved, with a slight preponderance of men (54 percent). Participants were divided into groups that received one or the other vaccine first and with different timings between prime (first dose) and boost (recall); one party received the second dose at 28 days, another 84 days after the first.