Ontario education workers vote 96.5 per cent in favour of strike 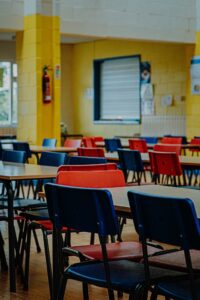 TORONTO – No surprises. An overwhelming 96.5% of members of the Ontario School Board Council of Unions (OSBCU) voted in favor of a strike. This was stated today during a conference in Queen’s Park, the president of the union representing guardians, early childhood educators and school administrative staff Laura Walton. Now, Walton said, the negotiating team can return to the negotiating table “with a clear indication of the level of member support for cupe’s proposals.”

“The message is that education cuts are not acceptable, that more frontline teaching staff is urgently needed for students to succeed and it’s time for a significant wage increase for us, the lowest-paid education workers who earn an average of $39,000 a year – Walton said – but these workers have said at the same time that if this government remains on its positions, they are willing to strike for a contract that is good for students, families and workers.”

More than 80% of the 55,000 OSBCU members who exercised their right to vote from 23 September to 2 October expressed their opinion on the possibility of abstention from work.

Meanwhile, to break the deadlock, other negotiations between the union and the government are scheduled for October 17 and 18.

Before a strike can begin, the union should ask the conciliator to issue a “no board” report, i.e. that an agreement cannot be reached. Once such a report is issued, the union would be in a legal strike position 17 days later but must also give five days’ notice before crossing its arms.

He was not surprised – but rather disappointed – by the vote expressed almost unanimously by the members of the CUPE the Minister of Education Stephen Lecce. “While CUPE, leaving behind a reasonable offer that protects even the most generous benefits and pension plan in the country, takes the road that leads to a strike that hurts children and upsets families we will continue to negotiate to make sure that children remain in their classrooms without interruption until June,” Lecce said.

The biggest hurdle to overcome in these negotiations is that of salary increase. The government has offered increases of two percent per year for workers earning less than $40,000 and 1.25 percent for everyone else, while CUPE calls for annual increases of 11.7 percent. The government also pointed out that CUPE also calls for five additional paid days before the start of the school year, 30 minutes of paid preparation each day and an increase in overtime payroll from a multiplier of 1.5 to 2.

Opposition parties in the province blamed a possible strike on the government. “This Conservative government has dragged our children to the brink of further interruptions of study – said Chandra Pasma, shadow minister of Education of the NDP – Prime Minister Doug Ford and Minister Stephen Lecce have used our children’s school year as a bargaining chip, to intimidate the lowest paid education workers”.