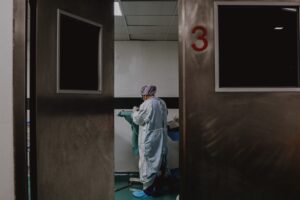 TORONTO – Ontario finally records a substantial decline in new Covid-19 cases, but the average remains high. Today 525 infections were recorded in the province, a significant decrease compared to the 694 on Monday, the 740 on Sunday, the 835 on Saturday and the 781 on Friday, but still increasing compared to 486 a week ago, so the moving average by seven days it still exceeds 700, for the first time since the beginning of June, to be precise since last June 8 when it was 703. This average has in fact seen an increase of 17% week after week and, today, stands at 702, compared to 600 a week ago.

Among the latest cases, 326 concern unvaccinated subjects, 43 are partially vaccinated, 65 have an unknown vaccination status and 91 are fully vaccinated.

The province has recorded five other deaths, albeit also three more than two months ago but were only reported today as deaths related to Covid-19.

In the Greater Toronto Area, 120 new cases were registered in Toronto, 60 in the Peel region, 30 in the York region, 19 in Durham and 14 in Halton. Elsewhere in southern Ontario, 60 cases have been reported in Windsor, 42 in Hamilton and 41 in Niagara.

There are currently 336 patients in Ontario hospitals and 158 of these patients are in intensive care units, up from 156 a week ago. Of these ICU patients, 83 are unvaccinated, 8 are partially vaccinated, 57 have unknown vaccination status, and 10 are fully vaccinated.

In Quebec, the province today reported 425 new cases, out of 16,453 swabs analyzed. Of the new infections, 302 people had not received a dose of the vaccine before testing positive, 38 received the first dose more than two weeks ago, and 85 were vaccinated twice more than a week ago. Another death attributed to the disease was reported.

Fourteen people were hospitalized and eight were discharged, meaning hospitalizations in the province increased by 6 to a total of 131. Of the new patients, 12 are unvaccinated and two have received both vaccines over a week before being hospitalized. One less patient in the intensive care unit, for a total of 36.

As for vaccines, Quebec health workers administered 23,594. In total, 12,340,055 doses of the vaccine were administered in Quebec and 87,184 Québecers received the vaccination outside the province. Currently in Quebec among those eligible for a vaccine 6,479,254 people (86 percent of the eligible population) have received one dose and 5,912,698 people (79 percent) have received both doses. The average, however, is lower in the Montreal and Laval region (closer to 75%).