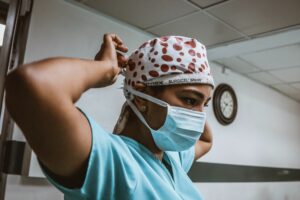 TORONTO – More than 500 new cases of Covid-19 also today, in Ontario, but the positivity rate in the province drops to the lowest level in the last thirty days: 2.3%, compared to 3.4% a week ago (and it’s the lowest since mid-August). Provincial health officials reported 577 new cases today, down from 600 on Monday but slightly up from 564 on the same day last week.

21,133 tests processed in the last 24 hours, more than 19,125 in Monday: an important detail, since despite a greater number of swabs, the number of cases detected was still lower. The seven-day moving average of new infections is now 716, down from last Tuesday (746). Active cases in the province are also down: 6,103 compared to 6,272 a week ago. The Ontario Science Advisory Table now estimates the province’s breeding number to be 0.98, suggesting that transmission may be on the decline after months of exponential growth.

Of the cases reported today, 452 cases (78%) were detected in individuals who are not fully vaccinated or with an unknown vaccination status and 125 (22%) in those who are fully immunized. Only about 31% of Ontarians are still not fully immunized, including all children under the age of 12 who are still ineligible to receive the vaccine.

7 deaths recorded today (one of which occurred more than a month ago): in the past seven days, 71 deaths have been added to the overall death toll in Ontario.

At least 192 patients are receiving intensive care treatment in Ontario hospitals: the number is unchanged from last Tuesday. According to the Ministry of Health, 183 of these patients are not fully vaccinated or have an unknown vaccination status and 9 are fully vaccinated.

Quite similar is the situation in Quebec, where the vast majority (75%) of the new cases reported today – 633, plus 7 deaths – concern people who had not been fully vaccinated, while 155 cases (24%) involved people who had received two doses over seven days ago.

In Quebec too, hospitalizations have risen by three in the last 24 hours to a total of 230. The number of people in intensive care, also increased by three, is now 78. And 83% of new hospitalizations are people who have not been fully vaccinated.