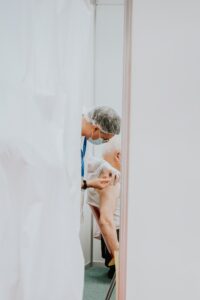 TORONTO – Ontario health officials today reported 476 new cases of Covid-19 and 14 deaths. The contagion count comes after 429 new infections were recorded in Ontario on Tuesday, 511 on Monday, 580 on Sunday and 704 on Saturday. Ontario’s seven-day moving average is now 573, down from last week’s 610, and is steadily declining. But the good news is another: 39,460 tests were processed today, so many more than Tuesday (when there were 25,441), but despite this the cases remain well below 500, so the positivity rate still falls, from 1.8 percent to 1.7 percent.

The province said another 617 cases of the disease had been resolved as of today, bringing the number of Ontario patients cured to 575,167. today’s report brings the total number of laboratory-confirmed cases in Ontario to 589,517, including deaths and recoveries. 4,579, on the other hand, the cases still active (those known) in Ontario.

Most of the new cases today were detected in parts of the Greater Toronto Area: 84 new cases in Toronto, 44 ​​in the York region, 39 in the Peel region and 21 in the Durham region. 44 new cases were also reported in Windsor-Essex, 33 in Hamilton, 25 in Middlesex-London, 23 in Ottawa and 22 in the Niagara region. All other regions reported fewer than 20 new cases.

Analyzing today’s cases again, 173 refer to Ontario schools: 156 cases involve students and 16 cases involve staff (one case has not been identified). 773 out of 4,844 schools have at least one case of Covid-19 and, currently, eight schools in Ontario are closed due to outbreaks.

On the vaccine front, the province reports that 10,649,353 people in Ontario have received both doses and are now considered fully vaccinated against the disease. In the past 24 hours, 32,296 doses have been administered to Ontario residents. Just over 21.9 million vaccine doses have been administered in the province since the start of the campaign.

The situation also appears stable in Quebec: today the province recorded 506 new cases and 3 deaths against the 436 infections and 8 deaths on Tuesday. Admissions have increased by three, to a total of 294 people currently receiving inpatient treatment for the disease. There has been no change in the number of ICU patients, which currently stands at 90: four patients have been discharged and another four have been hospitalized.

Photo by Mat Napo on Unsplash