The “Rage Index”: what makes you angry? Inflation and gas prices 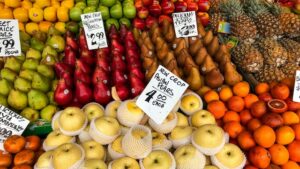 TORONTO – How angry are you? For what? To ask the two “fatal” questions to Canadians was the research institute “Pollara Strategic Insights”, with an original survey entitled “Rage Index” and aimed at “measuring” the anger of the population in these difficult times.

Well, the institute found that 83% of respondents are angry about the inflation and 79% about gas prices. As was easily predictable, therefore, the main concerns (and related to anger) of the people are those related to the cost of living. To the wallet, in short.

On the other hand, the answer given by almost two thirds – 64 percent – of Canadians, who said they were still troubled by the protests of the so-called “Freedom Convoy” – the convoy of vehicles that invaded and occupied the center of Ottawa for three weeks and blocked the Ambassador Bridge connecting Windsor to Detroit, to ask the federal government to revoke the measures against Covid-19. – , is curious.

More than half of Canadians – 57% – on the other hand say they are worried about delays at airports, 55% about the real estate market and 45% about another main problem of this summer that is coming to an end: the renewal of passports.

All practical, concrete questions, therefore, those that anger Canadians. An anger expressed by the interviewees – 2,013 people – with a certain vehemence, at least according to the words of the chief strategy officer of the “Pollara”, Dan Arnold: “Now that Covid has passed (we hope, we add), all the anger that has accumulated in the last two and a half years it’s coming out”, he said, adding that “it’s more grumpy than anger at all”.

But let’s get specific. Two-thirds of Canadians fear that the inflation increase will go on for at least one year and only one citizen in six says that wages will keep pace. “This is the main problem facing Canadians right now,” says Arnold. “It is something that people are angry and upset about. It concerns everyone. Passport renewal, on the other hand, does not concern everyone, while everyone has to go to the grocery…”.

In this sense, even the price of gasoline is understandably considered a priority for citizens who have to move to go shopping, to work, etc. while the number of people (64%) who cited the demonstrations of the no-vax convoys during the winter as a “source of anger” (the protests cost the Canadian economy, between road blocks and various damages, about 700 million dollars a day) is a surprise.

53% expressed frustration with the Canadian economy, with only 10% satisfied and 36% neutral. As for their “personal financial situation”, however, 32% are “annoyed”, 35% satisfied and 33% neutral.

Photo by Rajiv Perera on Unsplash