The Rogers disaster: 911 also blocked during black out 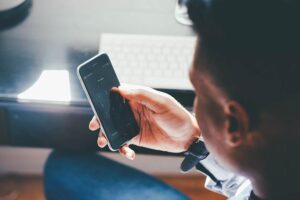 TORONTO – Emergency calls were not guaranteed during the Rogers “black out” two weeks ago. A very serious thing. An issue that the company, Rogers Communications Inc., is “trying to remedy” to ensure that emergency calls can always be made and that “no future disruption cancels cellular and internet services anymore”.

This is promised by the president and CEO Tony Staffieri who on Sunday, in a letter to customers, stated that the measures are among the many that the telecommunications giant is taking to prevent the problems that occurred during the interruption of the July 8 last (and the following days), which blacked out the mobile, fixed and internet service of millions of customers throughout Canada, with incalculable inconvenience and damage.

Staffieri says Rogers has made significant progress on a formal agreement between carriers to automatically transfer 911 calls to each other’s networks, even in the event of a disruption to both carriers’ network. And he says the company is physically separating its wireless and internet services to create an “always-on” network that meets a higher reliability standard. To do this, Rogers would be investing $ 10 billion – over three years – to increase the supervision, testing and use of artificial intelligence to ensure reliable service. To this end, it is working with leading technology companies to carry out a complete overhaul of its network in light of what happened at the time of the outage.

“I know that it is only through these actions that we can begin to relate to your trust in Rogers”, writes Staffieri in the letter, touching on the biggest of Rogers’ problems right now: the loss of credibility, due not only to the interruption of services, but also and above all to Rogers’ inability to understand the reasons for this interruption, explain them to customers and solve the problem in a short time. Not only that: during the blackout, Rogers was unable to shut down its radio access network, which would have automatically connected customers to another operator for emergency services calls. As a result, the radical disruption of Rogers’ network limited its ability to respond with interim solutions while trying to restore service.

And, as we said at the beginning, it was unable to route most 911 calls or provide emergency alerts during the service outage, nor was it possible to transfer customers to a competing operator despite offers of assistance of the competition itself. According to Rogers, competing service providers would still be unable to handle the sudden influx of affected wireless customers – over 10 million. Beyond the blameworthy attempts, the fact remains that it was a uniquely Rogers disaster.

In conclusion, Staffieri in his letter on Sunday wrote that “a formal agreement between carriers is the only responsible way to move forward” and that “911 emergency calls simply have to work. Every time”. Hopefully, as this has not been the case so far.

Image by Foundry Co from Pixabay