Truth and transparency: Who checks? 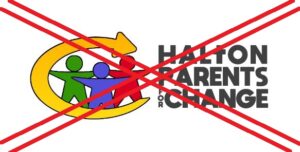 TORONTO – To seek election to Municipal office you need to satisfy three qualifiers: (1) citizenship, (2) residency – live in the municipality where you hope to be elected, (3) be of age – eighteen and over. If you seek office as a Catholic school trustee, there is a fourth: be Catholic.

It’s logical. Municipal elections are really like Annual General Meetings (AGM) of “fee paying, adults of a company”. Residency establishes that you have a stake in the decision. Age confirms that the law recognizes you as being able to make decisions do which you can be legally liable. Citizenship is proof of your membership in the corporation.

Logically, it follows that one would have to be catholic to make decisions for a Catholic entity. The Constitution agrees. Provincial laws have to abide by it.

This does not take rights away from others. It simply guarantees some specific rights for a particular class of citizens against the incursions by other classes of citizens; not unlike Hamiltonians not extending right to Torontonians to vote in their municipal elections unless they establish residency in Hamilton.

Unfortunately, this system is susceptible to abuse. Candidates for office are merely required to sign an affidavit that they meet the requirements, upon registration with the municipal Elections office. Period.

None of the “officials” are required to ask for proof of compliance with any of the requirements, not for citizenship, not for residency, not for age and certainly not for religious affiliation. Everything is “on the honour system” – we believe you because you say so. It is a system that responds only to a registered complaint before the Courts, at the complainant’s expense.

It is to laugh! Lack of oversight paints some candidates as mocking the system and the principles that the democratic exercise of a vote is supposed to nurture.

One cannot list them all: Mayor John Tory will face a conflict-of-interest investigation after the election, win or lose; Councillor Michael Thompson is facing charges of sexual assault; the entire City Council of Vaughan, including the soon to be former mayor Maurizio Bevilacqua, is under the scrutiny of national media for “missing millions”; Catholic School Board trustees like McNicol in York who besmirch the reputation of Italians.

Halton Parents for Change (HPC), a group distinguished by its anti-Catholic rhetoric, revel in Catholic bashing and in spreading anti Catholic perceptions have the arrogance to present candidates as Catholic trustees. Some of them may not even be Catholics (apparently, some of them are “parishioners” at Hope Bible Church on Burloak in Oakville), yet they have taken dead aim at two diligent trustees (Iantomasi and Karabela) in an effort to eliminate the “Catholicism” from the Halton catholic Board. They have teamed up with an anti-hate group to “legitimize” their approach and with the local chapter of the Ontario Catholic Teachers Association (OECTA) to belittle the faith these trustee candidates have for the Catholic culture.

OECTA is in the hands of a group of woke “nuts”. They have issued an F grade to loyal Catholics trustee candidates. Some of them may turn out to be their employers. Voters in Burlington, Milton or Oakville would be well advised to vote against anyone supported by either the HPC or OECTA. We reached out to OECTA with no answer at time of publishing.

Two “authorities” (the Diocese and the School Board) with the ability to verify the qualifications of these pretenders sit on their collective hands.

If one can imagine, In Toronto’s Catholic District School Board the situation is even worse. That requires an article all unto its own.