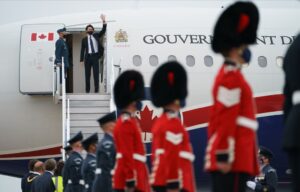 TORONTO – Justin Trudeau and Erin O’Toole are still uphill, just days before the reopening of the federal parliament. The prime minister is engaged tomorrow in the summit of the Leaders of North America – or summit of the Three Amigos, as it has now entered the common jargon – in Washington with US President Joe Biden and with his Mexican counterpart Andrés Manuel López Obrador, while the conservative leader has to deal with the internal rebellion that aims to change the leadership of the Conservative Party.

The liberal leader is the only “survivor” since the last Summit of the Three Amigos, which took place in the summer of 2016 in Ottawa: five years have passed but it seems that centuries have passed, with a pre-Covid world and with the United States led by Barack Obama. With the change of tenant in the White House, the summit between the three North American leaders was also put aside, giving way to a very hard and exhausting negotiation for the renewal of NAFTA – the free trade agreement in North America – and with a progressive deterioration of relations between Ottawa and Washington due to the unilateral approach of Donald Trump and the growing protectionist pressures that pressed south of the border.

Well, although the United States has given itself a new presidency, the rusts of the last five years are still present. The new President Biden, despite having decreed a 360-degree change in most American policies, continued on the “Buy American” and “America First” approach inaugurated by his predecessor and this through a long series of incentives, tax breaks and state subsidies in favor of Made in USA products.

And this will therefore be one of the issues under discussion today in Washington, given that Canada, the United States and Mexico are recalibrating trade relations since the entry into force of UMSCA – the new NAFTA – which in theory should create a free market for almost all goods produced in North America.

Another knot to be solved is the energy one, with the substantial stop wanted by Biden himself to the extension of the Keystone XL pipeline that will lead to Alberta and therefore to Canada damages for billions of dollars.

In short, the Washington summit will not only be a photo op for the prime minister, but a first step towards the normalization of relations with the United States and the possible resolution of problems that weigh enormously in Canada.

Returning to Ottawa, the leader of the opposition has his flaws in view of the resumption of parliamentary work after the vote on September 20. While the number of Conservative MPs who have not been vaccinated – and who will therefore have to work remotely and will not be able to enter the House of Commons – continues to have to deal with internal rebellion demanding the Tory secretary and a new man in charge.

O’Toole decided to put aside the conciliating tones and opted for a hard fist against the internal opposition. Senator Denise Batters, the author of the online petition asking for the Conservative leader’s head, was kicked out of the parliamentary group: an unexpected move, which indicates the intention of the opposition leader to stifle internal dissent by all means.

“As leader of the Conservative Party of Canada, an individual operation aimed at denigrating me and showing a clear lack of respect for the efforts of the entire conservative caucus that opposes the corrupt and disastrous Trudeau government,” O’Toole said.

The signal is quite clear: anyone who decides to support the petition will be removed from the party’s control room. But at the same time the creeping discontent with the leader continues to be present: the rebels blame O’Toole fullly for the heavy defeat suffered at the polls on September 20 and believe that it is the right time to elect a new leader.