Wine and beer flow steady on Trudeau’s Can Force One. And the Governor General spends $100,000 on catering 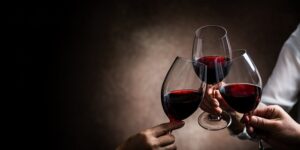 TORONTO – Can Force One: here is the party. On the airbus of the Royal Canadian Air Force (RCAF), used for official trips of Prime Minister Justin Trudeau, Governor General and other Canadian authorities (in addition to the Queen of England), wine and beer flow steady. Like a river.

According to National Post (Bar tab on Trudeau’s airplane shows booze flowing freely in-flight), the bar on board did a big deal during Prime Minister Justin Trudeau’s six-stop tour between Europe and Africa in February 2020: the 50-odd passengers aboard Can Force One who accompanied the PM on his consumed, on flights between 6 and 15 February, 95 bottles of wine and 93 cans of beer, racking up an in-flight bar tab of $1,414.81, according to data released from Global Affairs Canada to an April 27 order paper question from York–Simcoe Conservative MP Scot Davidson. The “table” provided by Global Affairs Canada is very detailed: flight by flight, it lists the number of passengers, alcohol consumed and the amount spent, even if the size of the bottles and cans and the vintages and brands of each were not included in the data.

The flight with the lowest “alcohol” cost was the November 2021 Prime Minister’s trip to Washington to attend the “Three Amigos Summit” with US President Joe Biden and Mexican President Andrés Obrador: only $ 2.64, just a can of beer, in two flights of 55 and 56 passengers. You can not drink on board, if you want.

And if that’s not enough, National Post also revealed that Governor General Mary Simon, during her trip to Expo 2020 in Dubai last March – with about thirty people on board – spent $ 93,117.89 on catering in flight, including $ 113.97 in spirits (19 bottles of wine and 15 cans of beer). Rideau Hall spokesperson Natalie Babin Dufresne defended the governor-general saying that responsibility for the flight menu rests with the Royal Canadian Air Force.

But there was no shortage of reactions: Franco Terrazzano, federal director of the Canadian Taxpayers Federation, says it’s a “huge waste of money” and “contempt for taxpayers who have every right to feel disrespect when they discover that more than $3,000 per person was spent on in-flight catering”. And he asks, on Twitter: “If they spent more than $3,000 each on in-flight catering, then taxpayers need to see how much they spent on hotels and food while on the ground in the Middle East. What did you spend our money on?”. Life is beautiful, isn’t it?