Advance polls are open. Time to get serious 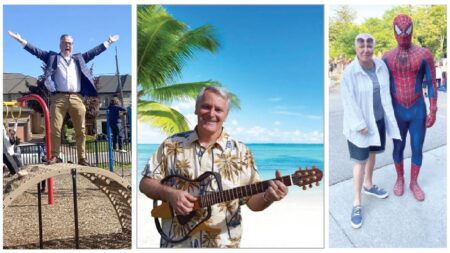 TORONTO – These municipal elections are at best ho-hum and extremely local. From a leadership perspective, who are the individuals with a vision and a plan to rebuild our aging infrastructure, make our roads navigable, our communities safe(r)?

We deserve what we get only if we do not make an effort to improve.

The local school board level the issues are always more pressing and long lasting. We are, after all, speaking about our children and equipping them to be well-rounded adult citizens, capable of productivity and leadership capacity in a law-abiding society that respects individual and collective rights and obligations.

Not everyone agrees, of course. We need not convert everyone to our way of thinking. Elections give us an opportunity to re-affirm what we have gained and tested through time. Some of those “gains” are sculpted in our Constitution, others enacted in legislation. In both cases, respect for that “tradition” secures what has been evaluated against the frivolities of the moment or the vagaries of selfish agenda.

School boards are administrative units, originally a formalized function of parental desires to train their children in the art of Reading, Writing and Arithmetic and the application of those skills to the challenges of “modern” life. School boards were autonomous entities different and apart from the colonial military/judicial government. Their citizens were also members of militias vital to the protection of the territory from predatory American incursions.

The “social-cultural values” those boards of concerned parents imparted necessarily involved those reflected in the “local Church”. It could not have been otherwise. Canada West/Upper Canada, pre-Confederation Ontario, was a sparsely populated farming and trading territory, and not much bigger than the current Golden Horseshoe. Toronto, not much more than an outpost of civilization at the mouth of the Don River.

Among the Majesty’s Protestant Christian colonial subjects there were several sects, each with their own peculiar view on how to live Life.

The emerging Unity movement in the colonies was essentially compelled to negotiate a unity deal with School Boards and Churches virtually on a peer-to-peer jurisdictional basis.

The largely Protestant, nominally secular, colonial government (Canada remained a colonial, albeit united, entity, until the Statute of Westminster, in 1931. It began to issue its own citizenship only in 1947.) gradually “absorbed” whatever authorities were resident in the local boards – all in the name of nation-building.

Catholic boards were a different matter. A third “jurisdiction” was a part of the negotiations – the Vatican (the Magisterium) was the recognized authority for Catholic social-cultural, “moral behaviour”. That “tripartite” accord, inscribed in the Constitution of the new authority – Canada – had the effect of giving Catholic parents greater legal influence over the education of their offspring.

It is that influence those trustees like Rizzo, De Domenico, Li Preti [and Di Pasquale] in the TCDSB and their Director Brendan Browne have been trying to wear down. They may yet succeed, if voters let them and their kind back at the helm of Catholic Education.

It is even worse in Halton where a group of disruptive dissidents coalescing around trustees Agnew, O’Hearne-Czarnota and couple of misguided souls grouped under Halton Parents for Change. They have an overt plan designed to destroy the Catholic basis of the Halton Catholic District School Board abetted by the puzzling indifference of the local diocese.

Many of our readers who laboured hard and long to build up the Separate (Catholic) Schools system may see it torn apart by people who can only be termed as “Catholic haters”. Those haters have other options but lack the courage to send their children to the other school board. 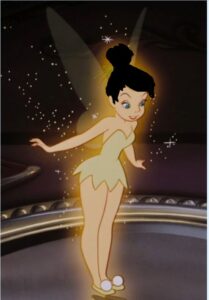 In the pic at the top, from the left: Brendan Browne, Markus De Domenico and Maria Rizzo; here above, “Tinkerbell – Li Preti”