Alexander returns to YCDSB as Trustee for Markham Area 2 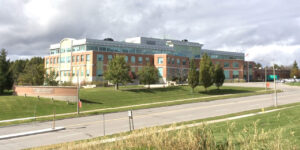 A familiar face returns to the York Catholic District School Board (YCDSB). At a Special Board Meeting on October 4, Frank S.D. Alexander will be officially commissioned by the YCDSB as a Trustee for Markham Area 2. His appointment to the position follows a 6-week application/vetting process to fill the vacancy left by former Trustee, James Ecker.

Alexander is now the voice of Catholic ratepayers in Markham’s Area 2, representing Wards, 4, 5, 7 and 8 (Milliken, Markham and Unionville). However, he is not a stranger to the Board. He had previously served as Trustee for the same area between the years of 2000 to 2006. According to the YCDSB, during his years of service, he was “respected as a faith champion and equity leader who focused on accountability and transparency in all Board matters”.

Throughout his career as a learning and development consultant in the insurance industry, he has honed his ability to work effectively in complex environments. Now retired from his career, Alexander said: “I am delighted to return to the YCDSB and look forward to serving my school communities with enthusiasm, commitment and excellence”.

Dominic Mazzotta, Chair of the Board, welcomed Alexander and said he is excited to have him on the Board. “He is an experienced, faith-filled individual with a long history of serving his community”, adding, “his passion for Catholic education, equity and accountability make him well-positioned to serve Markham Area 2 schools and the Board as a whole”, Mazzotta said.

Alexander’s appointment was made necessary by the resignation of Ecker, who had accepted an appointment as a Justice of the Peace to the Newmarket Court by the Attorney General of Ontario in July.

According to the Board, Alexander has as met all the necessary qualifications and was selected using a standard recruitment process following a Trustee resignation, as outlined in the Ontario Election Act. He joins a Board of 10 Trustees, members of the faith community who are committed to the vision, mission and protection of publicly-funded Catholic Education in Ontario.

It is expected he will fulfil his mandate until the next municipal election on November 15, 2022. The position pays an annual honorarium of $14,913. The YCDSB is considered one of the top-performing school boards in Ontario serving roughly 53,000 students and their families in 101 schools across the Region’s nine municipalities.