An appeal to the Halton Catholic Board of Education 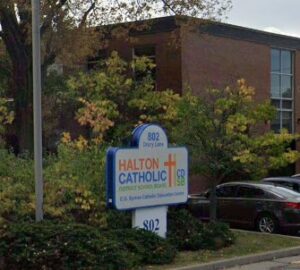 Like other multilingual publications, the Corriere has been covering several education-related topics and issues that emerge from school boards across the province. One such matter is that of a 36-page report titled Investigation into Conduct during Board Meetings at the Halton Catholic District School Board. The investigation examined the conduct of trustees, with an expressed goal “to identify the causes of dysfunction and to make recommendations to address those causes”.

Barry Bresner of ADR Chambers Inc., the Mediation la firm commissioned for the study (by whom is unclear) prepared the Report on August 24 at a cost of $24,000. On September 7, the report and its findings were made available to the public.

The Corriere subsequently published an analytical opinion piece (September 21) titled, “You have a mandate and mission statement: do your job!”, by publisher the Honourable Joe Volpe. The article asked whether the allegations and the public release of the Report were ethical.

The HCDSB chose not to comment. However, Maria Bassi, a retired HCDSB teacher of 30 years and ratepayer, questioned the “integrity” of the audit and expressed her opinion in a Letter to the Editor on October 15, 2021, published below.

“After reviewing the ‘investigation’ by ADR Chambers into trustee conduct at the HCDSB, I give it a mark of “F” for farcical – a biased presentation orchestrated to smear particular board trustees. The report is contradictory and anything but comprehensive, cherry-picking particular board meetings to produce a tendentious result.

Ratepayers question this report from a procedural and ethical standpoint as it focuses on specific trustees. If a trustee has not breached the Code of Conduct, what is the point of this expensive exercise?

If a point of order is raised to ensure procedure and rules are followed in board meetings, how is this dilatory? The Chair needs to be held to account. Particular trustees are named in the report. Trustees have a right to stick up for a view that is in the rate-paying base. Nothing dilatory about that.

It is ironic that the report itemizes ‘Integrity and Dignity of Office’ including the ‘effective stewardship of the Board’s resources’. This report is anything but. It is a shameful display of gerrymandering.

The motion by Chair Murphy, seconded by Trustee Agnew to commission this so-called ‘integrity’ audit was a waste of taxpayers’ money. An investigation by the Ombudsman or the Ministry of Education would have been at no cost and would have been more accurate.

The Chair needs to get back to the mission of working with all trustees together with Church, school and family to support staff and students in our schools with a ‘shared commitment to excellence in Catholic education that promotes student achievement and well-being’. ”  It is time to start from scratch.