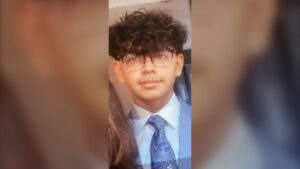 TORONTO – A high school student died after being stabbed during a brawl that broke out at his school: two other students from the Victoria Park Collegiate Institute, located near Parkwoods Village Drive and Victoria Park Avenue in North York, were injured. The perpetrator of the attack, 19, was arrested on charges of second-degree murder: Ahmed Rafin.

It was 3 o’clock on Tuesday afternoon, classes had ended when the tragedy unfolded: upon their arrival, Toronto police officers found outside the building a boy – identified as Maahir Dosani (in the pic), 15 years old – with a deep injury caused by a stab wound to the chest. Rushed to the hospital, the teenager died after a few hours. The conditions of the other two boys, 14 and 16 years old, injured, are not serious.

Dismay, disbelief and pain in the face of the violence that cost the life of a boy, Dosani, who attended grade 11 and who is described as “a conscientious, respectful student, well integrated into his class”.

The Toronto District School Board (TDSB) confirmed that all three victims of the stabbing were students from the Victoria Park Collegiate Institute. The suspect is a former TDSB student, but did not attend the same school as the victims.

The investigation is proceeding quickly but at the moment the police have not confirmed if the victims and suspect knew each other.
From the testimony of a student from Victoria Park, it appears that immediately after the end of the lessons a large group of students had gathered outside the school. “There were about 50 guys standing, after about 15-20 minutes they started arguing – the student told CP24 – they ran away when someone fell to the ground”.

“It is with deep sadness that we have learned of the death of a young man as a result of a violent act outside Victoria Park CI – reads the letter sent to the parents of the school’s students by Principal Rick Tarasuk – the TDSB will continue to cooperate in the investigation with the Toronto police and wishes to thank the Toronto officers and paramedics for their assistance”.

The Toronto Police homicide team also asks anyone with photos or videos of the assault or even the area before or after the stabbing, to contact investigators or Crime Stoppers anonymously.