Chernobyl, the alarm of Ukrainian scientists: “35 years later there is a risk of a new accident” 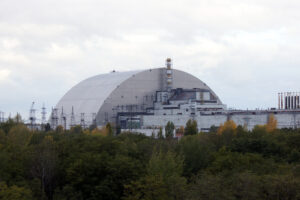 KIEV – 35 years after the disaster, Reactor 4 of the Chernobyl nuclear power plant seems to be “awakened”. And according to the scientists there is the risk of a new accident, albeit less serious than the one that occurred on the night of April 26, 1986 when the plant exploded, releasing radioactive clouds that also reached Europe and the eastern coast of North America.

To report it is an article in the journal ‘Science’ (read it here: ‘It’s like the embers in a barbecue pit.’ Nuclear reactions are smoldering again at Chernobyl) in which we read that in the masses of uranium buried in reactor number four of the Chernobyl nuclear power plant which exploded in 1986 has resumed nuclear fission reactions and that Ukrainian government scientists are trying to figure out whether these reactions will fade on their own or whether action will be needed to avert an accident.

“It’s like there are embers in a barbecue,” Neil Hyatt, a nuclear materials chemist at the University of Sheffield, told ‘Science’. The sensors recorded an increasing number of neutrons, signal of a nuclear fission reaction, arriving from one of the inaccessible rooms of the reactor, the 305/2, explained Anatolii Doroshenko of the Institute for Plant Safety Problems. nuclear power stations (ISPNPP) of Kiev. “There are many uncertainties, but we cannot rule out the possibility of an accident”, added his colleague Maxim Saveliev, pointing out that “the neutron count increases slowly”.

What would have happened technically? When the reactor core melted, the uranium rods used as fuel, their zirconium coating, graphite rods, and sand poured out like lava into the cellar of the reactor entrance where they petrified in what is called “Fcm” (Fuel containing material) in which 170 tons of irradiated uranium are found. The ‘sarcophagus’ built around the reactor a year after the accident had let through rainwater, water that slows down neutrons and therefore increases the probability of a collision with uranium, thus generating others in a chain through the fission of the uranium nucleus. Coinciding with heavy rains, the neuron counter spiked, but then returned to normal levels.

The new ‘mantle’ (in the pic above, a panoramic view) was supposed to protect the reactor from water as well, and so it did, but in some places the neutrons started to grow again, almost doubling in four years, at room 305/2.

The hypothesis is that with the drying up of the “Fcm”, collisions between neutrons and uranium atoms are easier. If so, the fission reaction could also accelerate exponentially, eventually releasing nuclear energy in an uncontrolled way. “Not like what happened in 1986”, Ukrainian scientists point out: it would be contained, but it could still collapse some unstable sections of the building, releasing radioactive dust in the new protective structure.

How to act? The radiation levels in 305/2 prevent them from approaching, so plans are being made to develop a robot that can withstand intense radiation long enough to drill holes in the “Fcm” to insert boron cylinders, which would function as control rods. to absorb neutrons. But there are also two other areas where the ‘Fcm’ have the potential to become critical.

The best solution would therefore be to remove the ‘Fcm’ and store them in a geological repository. By September, with the help of the European Bank for Reconstruction and Development, the ISPNPP aims to have a comprehensive plan to do so. But, as ‘Science’ points out, it will not be an easy task to bury the restless remains of the reactor.

In the photo below, the Chernobyl plant in the early days of May 1986, after the accident 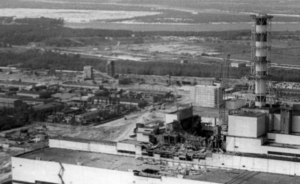