Covid-19, hospitalizations in Ontario are again above 800 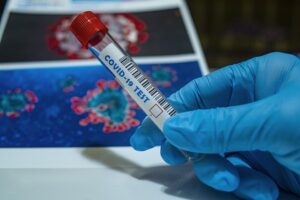 TORONTO – Hospitalizations of Covid inpatients continue to increase in Ontario: today there were 807 people with the virus admitted to hospitals in the province, an increase from 778 yesterday and especially from 661 just a week ago (+ 22%) . Today’s is the highest number of hospitalizations since March 4, when 821 people with the virus were hospitalized. In intensive care there are 166 positive inpatients (yesterday 165, a week ago 165).

The fact remains that many of the people admitted to the ordinary wards of hospitals are positive but asymptomatic: only 48% of Covid inpatients were hospitalized due to the virus, while the remaining 52% went to hospitals for other reasons and they had positive result by taking the entrance test. In intensive care, however, 74% of patients were hospitalized due to Covid-19 and only 26% for other reasons.

The province therefore confirms itself “inside” the sixth wave, as made official yesterday by Dr. Peter Juni, scientific director of the Ontario Scientific Advisory Table, who stated that the Omicron BA.2 sub-variant is highly contagious and, with withdrawal of restrictions, has a wide spread.

Unfortunately, the number of deaths also shows no signs of decreasing: today another 6 deaths in Ontario (including a resident of a long-term care home), bringing the total in the province, from the beginning of the pandemic, to 12,433.

As for the infections, the Ontario analysis laboratories have processed more than 18,300 tests in the last 24 hours, with a positive rate of 16% (compared to 13.4% a week ago) based on the 3,139 cases of coronavirus detected . The active and known cases are now 20,748: the day before they were 19,736. And that’s just the tip of the iceberg, as testing is limited to “at risk” categories only.

Similar situation, or perhaps even worse, in Quebec: as Ontario, enters the sixth wave of the pandemic and today, in fact, the French-speaking province recorded the highest increase in new daily cases since the beginning of February: 3,319 similar infections recorded out of 19,051 tests (also in this case limits to the “at risk” categories), with the positivity rate rising to 18.4%.

Of the do-it-yourself tests carried out at home and entered by citizens on the government portal, however, out of 1,881 self-declarations, 1,601 are positive: a very high percentage. Since the portal for self-declarations was activated, 137,630 tests have been entered, of which 109,947 were positive. However, the active and known cases in Quebec are officially 24,894 but, as in Ontario, it is only the tip of the iceberg.

“The actual number is probably eight to ten times that,” said Dr Luc Boileau, interim director of Public Health in Quebec. The number of deaths is also high, 12 just today: the total since the beginning of the pandemic in Quebec is now at 14,365.