Eileen de Villa: “Vaccinations are slow but they will increase again” 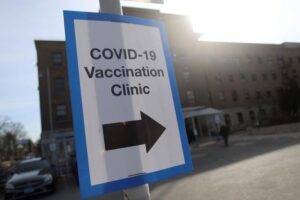 TORONTO – While the Ontario Chief Medical Officer of Health Kieran Moore continues to reiterate that the province should reach a vaccination rate of 90% to better protect itself from the Delta variant, Eileen de Villa says she is confident that Toronto will be able to further increase the percentage of those vaccinated against Covid-19.

According to the latest data, just under 80% of Toronto residents aged 18 and over, have received at least one dose of vaccine, and over 65% are fully vaccinated. Although this rate may seem high, Moore believes that greater protection, even in view of the expected arrival of the fourth wave of the pandemic, can only be guaranteed with blanket immunization. The Medical Officer of Health of Toronto de Villa, however, is convinced that despite the recent slowdown in vaccinations, Toronto is on track to immunize many other residents. “We are still seeing thousands of people come forward, not only to complete vaccinations, but also to receive the first doses. So I remain quite optimistic and have a lot of confidence in the people of Toronto, trust that has certainly been deserved during the pandemic”.

From mid-June to early July Ontario regularly administered more than 200,000 doses per day but this number decreased as more people were fully vaccinated. From July 11 to July 20, in fact, the province recorded an average of 148,000 doses per day.

While inoculating the second dose to those who have already received the first does not seem to be a problem, the challenge is represented by those who are undecided. And that’s why pop-up clinics are organized in areas of the city where vaccination rates are low: this weekend the two-day clinic – which is part of the “Team Toronto Home Stretch Vaccine Push” – will be present in Mel Lastman Square. According to city officials, this area in terms of first doses, is 6 to 10% behind the rest of Toronto. For the purpose of informing of the presence of pop-up clinics the residents of areas where vaccination rates are low, the city has set up a special call center that aims to contact 50 thousand people these days. “The city is working to reach about 20% of Toronto’s adults who have not yet received the first dose of the vaccine and the 125,000 people who have the chance to accelerate the second dose scheduled for the end of the year,” de Villa said.

At the moment when Toronto pushes on the accelerator, Mississauga, as far as vaccinations are concerned, is in the final straight. This is what Mayor Bonnie Crombie said in announcing the closure of two mass vaccination clinics: the one at the International Centre on July 26, the one at the University of Toronto’s Mississauga campus the following day. In the Peel Region 80% of the population aged 12 and over is partially vaccinated while fully vaccinated so far is over 59% of eligible residents. “This is really good news – said Crombie – it means that the clinics have done their job by vaccinating most of our residents”.