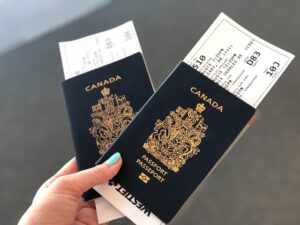 TORONTO – The pressure on the provincial government for the activation of the vaccination passport continues. While the executive led by Doug Ford continues to go ahead on its way, rejecting the hypothesis, both from the scientific community and from the local political class come important positions in favor of the creation of a single document, issued by the government, which certifies the vaccination path and the immunization consequences of citizens against Covid-19.

The emergency situation created by the high rate of contagiousness of the Delta variant has pushed numerous governments around the world to take drastic decisions to try to contain and limit the chain of contagion. In Italy yesterday the Council of Ministers approved a decree law that goes in that direction, with the extension of the use of the Green pass also for indoor halls of restaurants and bars, for cinemas, museums, theaters, stadiums and concerts. The French government has embarked on a similar path, such as Austria, Greece and other countries.

Here in Canada, this type of action must be taken by the individual provinces. In Ontario, the premier has repeatedly stated that he does not want to create a society divided between the vaccinated and the unvaccinated. But the provincial technical and scientific committee, which since the beginning of the pandemic has been assisting the government in the control room for the management of the pandemic, has presented a 21-page document in which it is reiterated the need to create a document that ascertains the vaccination of residents. This – say the experts – would allow to limit the restrictions and closures in the event that there is a new surge in infections: the goal is therefore to avoid a generalized lockdown, which affects indistinctly those who have been vaccinated and those who have decided not to do so.

The vaccination certificate, underlines the technical scientific committee, could also be used in certain indoor facilities, such as gyms, restaurants, some workplaces and in the events most at risk, such as concerts and sports events.

The idea was promoted with flying colors by numerous local administrators, who are in contact with the productive fabric of the province in the area and who understand the fears and fears of the trade associations that see the spectre of a potential future new lockdown.

John Tory supported the position of the Scientific And Technical Committee. “I believe – underlined the mayor of Toronto – that we should have a practical discussion that involves the business world, public organizations, trade unions and the health sector”.

But it is clear that this is an extremely sensitive issue. On the one hand, we have the decision whether or not to vaccinate, which is the right of individuals and which cannot be imposed, except for particular categories. On the other hand, however, there is the principle of the supreme public good in the midst of the most serious pandemic of the last century, which in the world has already caused over 4 million victims, almost 27 thousand in Canada.

What is happening in England, with the contagion going crazy after the elimination of almost all the anti-Covid measures wanted by Prime Minister Boris Johnson, should serve as a warning. Even with a high vaccination rate in the population, the Delta variant is able to maintain a high rate of transmission, especially among the unvaccinated. The vaccination pass could therefore be a useful tool to limit the damage produced by those who oppose the vaccine.

Photo by Jaimie Harmsen on Unsplash