Etobicoke Centre: A competitive race with Liberals in the lead 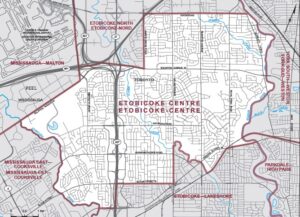 Sandwiched between Toronto and Mississauga is the electoral district of Etobicoke Centre. The riding was created in 1976 and encompasses part of the City of Toronto, including the communities of Humber Valley Village, Markland Wood, Princess Gardens and Thorncrest Village.

According to the 2016 Census, Etobicoke Centre is home to 118,025 residents. It is a diverse community comprised of several different cultural and ethnic backgrounds. At 15% of the population, Italians represent one of the largest ethnic groups outside of the downtown core. That translates into 17,545 constituents of Italian origin. 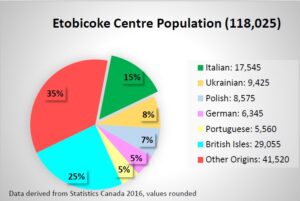 Yvan Baker, current MP, is seeking re-election for the Liberals. He has represented the riding since 2019 when he won 51.9% of the vote. The Conservatives took 34.5% of the vote, followed by the NDP with 7.7%.

Prior to 2019, Borys Wrzesnewskyj held the riding for the Liberals between the years 2004-2011 until he was beat out by Ted Opitz for the Conservatives. At the start of his term, the Ontario Superior Court declared the district’s 2011 federal election results to be null and void, ruling that certain votes should not have been counted. Opitz appealed the ruling and won, allowing him to retain his seat in the caucus until the 2015 election, when Wrzenewskyj regained the riding for the Liberals.

This time around, candidate Geoffrey Turner aims to garner more support for the Conservatives. Turner, a tax lawyer, told the Corriere that if elected, he would use his “business and legal experience to advocate for a suitable balancing of the interests of the Etobicoke Centre community and those of Canada as a whole”. 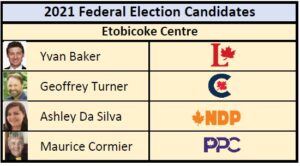 Rounding out the field of candidates are Ashley Da Silva for the NDP and Maurice Cormier for the PPC. Party candidates were not available for comment prior to our going to print. 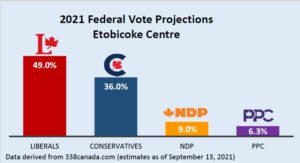