In London will take place a dangerous social and health experiment 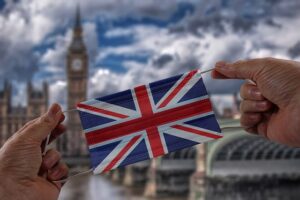 TORONTO – Freedom Day in England, with the elimination of almost all anti-Covid restrictions. But at what price? Britain becomes, at a time when the whole world still has to deal with the pandemic, an immense laboratory in which the government led by Prime Minister Boris Johnson has decided to carry out a dangerous social-health experiment. At first sight, this is a political breakthrough that is difficult to understand.

In England, despite the massive mass vaccination campaign that began before other countries, in recent weeks there has been a worrying surge in cases, with the contagion curve fueled above all by the threatening Delta variant. According to the latest data provided by the British Ministry of Health, yesterday 39,950 new cases of Covid-19 were confirmed, after the daily average had reached 50 thousand cases over the weekend. Moreover, for the first time in many months, the number of new cases has far exceeded the daily number of doses of vaccine administered to the population. These are extremely worrying signs, in the face of which, however, the government does not seem willing to take a step back.

Criticisms of the British prime minister come from many sides who, in a context that perfectly exemplifies the total detachment from reality, is these days in isolation due to the positivity of an illustrious member of the government cabinet, the Minister of Health Sajid Javid.

The impression is that Johnson (in the pic below) is tempted, once again, to listen to the hawks within his technical scientific committee, those who from the beginning had set aside prudence and caution and who had, at the same time, theorized and tried to apply the thesis of herd immunity. The assumption, in the first months of 2020, was quite simple: since we do not have in our hands tools to stop Covid – at the time there was no vaccine – then we might as well circulate the virus in English society, until immunity against the coronavirus has been created. Interesting theory, which, however, also brought with it a second, more cynical aspect: the weakest members of the flock, if they get sick, die. 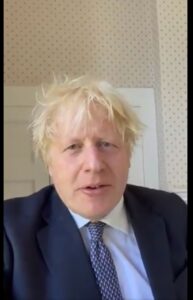 This is in fact what has happened in Britain and the rest of the world, where the elderly and those who had one or more previous chronic diseases have paid the highest price. Johnson then radically changed his mind where he had contracted the virus with pneumonia and hospitalization in intensive care with assisted breathing.

Now, the new turning point arrives: stop masks in indoor places, stop social distancing, in essence a return to pre-Covid normality. There is one though, which seems to escape the British Prime Minister. We do not return to pre-Covid normality with a government decree, but by patiently eradicating the pandemic, limiting contagion, activating guidelines and protocols capable of curbing Covid-19 and its fearsome variants. That is, the exact opposite of what the London executive decided to do.

Germany goes ahead with its restrictions, France imposes the vaccination passport for bars, cinemas, local public transport, Italy obliges its health personnel to get vaccinated – and could also do so with those who work in schools – in Canada despite the relaxation of many restrictions we continue to respect what have become the two new commandments of this pandemic , social distancing and the use of the mask indoors and in crowded places. England, on the other hand, goes its own way. We hope we are wrong, but the ingredients for a disaster foretold are all there.