Nursing homes, the clash is served 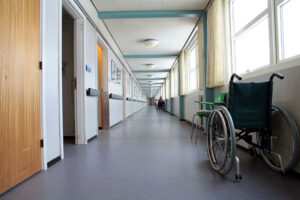 TORONTO – Long-term care is the workhorse of the Conservatives, Liberals and NDP. Now, at the time of the promises in view of the June elections in Ontario, the three parties promise to heal the sector whose flaws have been laid bare by the Covid pandemic. Pandora’s box has been discovered: mistreatment, negligence and until today as many as 4,329 elderly people died in LTC.

After Horwath it was the Liberal leader Stephen Del Duca who presented his party’s program which includes a strategy for the elderly with the improvement of home care, in the first place, and the elimination by 2028 of long-term care homes for profit. And that’s not all. Del Duca has promised to build another 15,000 nursing homes over the next decade, 30,000 new beds and the modernization of 28,000 existing homes. But the announcement was the fuse that exploded the controversy.

“Today, the Liberals, after fifteen years in government in which they left more than 20,000 residents of the province on the waiting list for assistance, have added only 611 new beds in the LTCs and have made big companies make big profits they claim to get away with it,” thundered NDP leader Andrea Horwath. Since 2014, the Ontario Liberal Party has accepted more than $125,000 in political contributions from for-profit aid firms including Extendicare, Revera and Chartwell.

It is a battle of numbers, this one that concerns nursing homes and home care in the province with the neo-democrats who in addition to eliminating the LTC for profit have committed to create 50 thousand new beds and to invest at least 1 billion dollars spread over four years in home care by establishing provincial standards in this sector.

The Conservative government — which believes it is on track to deliver on its 2018 election promise to build 30,000 new LTC beds by 2028 — on Monday announced its commitment to invest an additional billion dollars over three years in home care. “Doug Ford is ready to present a list of false electoral promises disguised as budgets – said NDP MP Catherine Fife – the inhabitants of the province deserve a premier who says what he will do and does what he says. According to Polimeter’s promise tracker, built by McMaster University’s VoxPop labs, Ford kept only a measly 37% of the campaign promises made in 2018.