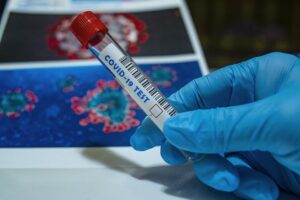 TORONTO – After the weekend “break”, the numbers relating to hospitalizations in Ontario return to rise: today there were 1,455 patients in hospitals (1,362 on Sunday), of which 219 in intensive care (compared to 212 on Sunday): in the end moreover, some hospitals do not disclose their data during the week.

Two other deaths were also reported, bringing the province’s death toll from the beginning of the pandemic to 12,736.

If the number of deaths in Ontario finally seems to drop, the same is not happening in Quebec where on Saturday there were 34, Sunday 20 and today another 8, for a total – since the beginning of the pandemic – of 14,874.

Last week, Quebec’s ad interim director of Public Health, Dr. Luc Boileau, said there were also indications that transmission in the community was starting to slow and that new day admissions were decreasing, but at the same time had announced that the mandatory use of masks in indoor public spaces and public transport will remain in effect until mid-May “as the situation remains difficult despite promising signs”. And it is a prudence, his, which finds excellent justification in the latest data on infections: 1,305 new infections registered today, on the basis of 13,559 tests which, however, are reserved, as in Ontario, only for the “at risk” categories. The real situation is very different, so much so that the active and known cases are now, officially, 32,742 against 27,723 on Friday, therefore in sharp increase: over 5 thousand more over the weekend. Indeed, the do-it-yourself tests self-declared by citizens in the Quebec government portal show that the contagion is still high: of the 555 rapid tests entered today, 441 were positive. In total, since the portal was activated, on 194,269 tests entered 158,552 were positive.

In the meantime, however, the number of health workers who were absent from work for reasons linked to the pandemic is decreasing: 9,362, compared to about 13,000 in mid-April.