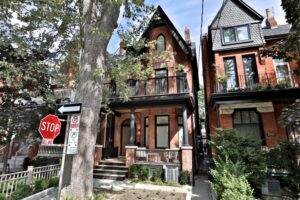 TORONTO – Fewer young owners, more Canadians for rent, more condos. This is the picture that emerges from the 2021 national census of Statistics Canada.

The number of homeowners in Canada is declining, as well as, compared to 2011, the possibility of owning a home has decreased for young people.

According to the latest survey, two-thirds of Canadians owned a home a year ago, down from 69% in the previous decade. The house owned has essentially become a luxury.

Mike Moffatt, an assistant professor at Western University’s Ivey School of Business, said this illustrates well why the overall rate of home ownership isn’t as useful for understanding recent trends. “As people get older, they’re more likely to own a home,” he said, “which is why I think it’s important to break down the data by age groups.”

Meanwhile, the number of people who are renting is increasing. Statistics Canada found that between 2011 and 2021 the number of rented households grew by more than twice as many as those who own.

Brittany MacKenzie, a real estate agent in Fredericton said she had noticed, as prices rose, a change in young people hoping to own a home. “I have found that now many of our younger buyers are hesitant and have opted for a rental home,” he said.

And according to StatsCan, more and more newly built homes are occupied by renters: the percentage between 2016 and 2021 was 40.4%.

Statistics Canada also compared the monthly costs borne by those who are renting and those who are owners and found that, compared to the previous census, those costs increased faster for renters in relation to homeowners.

While in 2021 the percentage of Canadians renting has increased, on the other hand, one in five renters has spent more than 30% of their income on renting.

Statistics Canada says that, thanks to the government’s temporary support measures during the Covid pandemic, it was low-income people who had the best chance of being able to rent a house.

Between 2016 and 2021, more than half of the houses manufactured in Toronto, Vancouver and Montreal were condominiums.

The Millennial generation – those who today are between the ages of 26 and 40 – made up the largest share of the approximately 4.3 million Canadians who lived in apartment buildings in 2021: almost three out of 10.